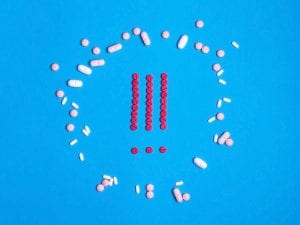 The opioid crisis in the USA has entered the next phase. Purdue Pharmaceuticals, which manufactured OxyContin is looking towards Chapter 11 bankruptcy. An Oklahoma court found Johnson and Johnson had intentionally played down the dangers and oversold the benefits of opioid medications.

The issues with opioids are now well known. However, there are many other medications which can cause significant problems where there is less publicity or none at all.

Earlier this year a guest post by Vanessa Sellick highlighted the mental health issues ( including suicide) related to the drug Montelukast. In June the problems with this drug were written about on Rxisk.org.

Reuters has reported the drug Finasteride has been associated with depression and suicide and that documents alleging that the maker down played this were sealed by a judge.

Fierce pharma listed the top ten biggest payouts of all time by pharmaceutical companies! Included on the list are major groups – not fringe players.

How did we get into this situation?

People have written books on this topic and necessarily it can’t be completely solved in a blog piece. However, there are three main drivers.

The balance between risks and benefits needs to be better understood by the medical profession. There is a role for pharmaceuticals in medical practice but that role is smaller than currently exists. Side effects tend to be ignored while benefits over stated. This is at the level of the individual practitioner but worse at the level of guidelines forced on doctors by big public health.

Doctors are far more likely to get sued for not prescribing than for prescribing. It is sadly, therefore, not surprising that we have reached this point.

However, as citizens we have to take responsibility for our own health rather than simply default to the use of a drug in the belief that a pill is the solution to all our ills.

Furthermore, we need to accept that some discomfort or inconvenience is a normal part of life. It is staggering to me that Montelukast was prescribed for rhinitis, which is a runny nose. Sure, this can be annoying but does it really need a pill with potentially serious side effects?

The other driver in all this is the medicalisation of life. Lowering of thresholds for blood pressure and cholesterol where “disease” can be diagnosed leads to more use of medications. In mental health the redefining of normal human emotion as an illness leads people to believe they need medication. Resilience has become a dirty word yet with some support and a bit of time most problems can be resolved.

Collingwood President Eddie Maguire was quoted after his team’s preliminary final loss thus “There’s been a lot about mental health … the sun does come up tomorrow and hope springs eternal.”

It is a game of football! Yes, we all like our team to win and the players like to win but it is and remains a game. If it is being taken that seriously then that is the problem. Maguire did add that it was important not to lose perspective.

On this he is absolutely correct. So much gets catastrophised today. Anxiety is on the rise in children who are being told that the world is going to end. The solution is not a tablet to calm them down. The solution is less hype.

Overall (and yes individual circumstances differ) there has never been a better time to be alive. Collectively humans have never lived longer or in better circumstances. This is even more the case in western countries.

We don’t need a pill for everything. We do need more perspective.