Anyone who has learned to walk has fallen over. The way babies learn to put one leg in front of the other and keep balance is through practice and the neural feedback that comes from falling down. The brain fairly quickly learns what does and does not work so that the baby learns how to walk.

Without the feedback of falling we would never learn to walk. As we go through life we may fall down doing other things and learn from this too. This is both literally in learning various sports, including monkey bars as children and metaphorically when we “fall down “ in exams or in business. In fact no one who has succeeded at anything in life has done so without falling down, usually many times. Those who learn from their falls get stronger and better at what they do. They are not fearful of falling, as they understand it is part of the process of life and learning.

Try playing any football code without falling over. Try learning any snow sport without falling over. You cannot do it. This last week we have seen the Winter Olympics and there have been many falls. Australian Torah Bright fell on her first run at the snowboard half pike, got up and then nailed a perfect run on her second attempt and received the gold medal.

This, get on with it attitude, was sharply contrasted with the events in a British town which in the same week banned contestants from running in the annual Shrove Tuesday Pancake race. The event has been held since 1445. In 2010 health and safety council officials in St. Albans, Hertfordshire decided that any person caught running would be disqualified as conditions were unsafe and someone might … fall.

One contestant was quoted in the Daily Mail as saying “I have been disqualified from a running race for running”. Now if the ground is wet, and let us remember that February is winter in the UK and it is known to rain, then this has been the case since 1445.

No doubt the council officials will cite legal concerns as the reason as well as concern for injury. And therein lies the problem. Firstly, no one is forced to run in this race and anyone who does will be aware of the ambient conditions. The fact that any legal system would allow a person who has chosen to run in a contest and falls over to “blame “ the council is ridiculous and is something that governments in a number of countries need to address.

The second issue is that health and safety has gone from being a good idea to nearly a cult with some in officialdom who see it as their role to save everyone from every possible form of hurt, no matter how slight. Yet it is not possible to protect people from themselves and worse still, attempting to do so robs those people of the opportunity to learn how to manage risk themselves.

Closer to my home, a former mayor of Cottesloe bemoaned that all the fun had been taken out of playgrounds which needed to be risk free and hence provided no challenge to children. The po-faced reply from the town CEO was that playgrounds needed to conform to Australian standards. How are children to develop motor skills without some form of challenge? This again is all about legal issues and nothing to do with what is best for children.

Like all things in life there is a happy point in the middle. It is not about leaving babies unattended by fires in the hope that they will learn that fires burn you. It is also not about stopping adults from making a choice to move along a road on foot at a speed, which they feel they can manage.

What is the answer? With children it is about teaching them to manage risk in exactly the same way as they learn to walk. Falling at times will be part of this. In adults it is about taking back responsibility for our behaviors. If I fall over while running then that is not the fault of the person or entity that owns the piece of ground, it is mine.

Those of us who feel that the state has gone too far in seeking to control all aspects of life need our voices to be heard. 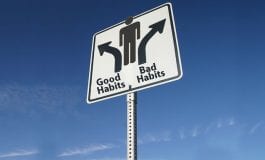 4 Easy Changes To Jump Start Your Weight Loss And Fitness 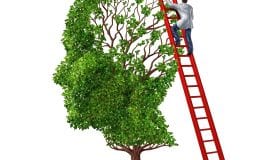