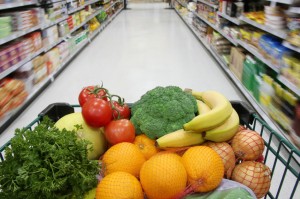 Sometimes it is just so clear as to why solutions are not found to the various so-called health “crises”. Nobody is asking the right questions and hence nobody finds the right answers.

I was at a panel discussion recently. The panel comprised a mixed group including doctors, lawyers and politicians. The focus of the discussion was on caring for people who are sick and how this was going to be sustainable going forwards. Through the whole discussion, including audience input, it went around who had responsibility, who should foot the bill and who was going to be the best “advocate”.

At no time was it suggested that perhaps, just perhaps, individuals had some role in maintaining their own health. The closest we got was a comment from the floor that jargon was a problem and that what we call a health system is in fact a disease system. This is quite correct and is something I wrote about in the book Dr Joe’s DIY Health.

The other useful comment was from a politician who observed that any health minister is really a minister for hospital beds. As I have observed previously a functioning health system should be about needing less rather than more hospital beds. Yet we measure success in the completely opposite way. More hospital beds are seen as better health!

The comment, which really summed up all the muddleheaded thinking, also came from a politician who said that it was hard for his constituents to be healthy. This person represents an area, which is not the wealthiest in the city. He said they found it hard to eat healthy or to exercise.

The area has supermarkets like everywhere else. These supermarkets have a range of goods for sale. It is as easy (and cheaper) to buy an apple, as it is a doughnut. The cost of a kilo of carrots or a head of lettuce remains cheaper than to buy a kilo of potato chips. It is cheaper to drink water from the tap than to drink cola or beer. Walking is free wherever you live.

Whether people choose to be healthy is up to them. It is about the choices they make not lack of capacity. The one catch is that if you tell people they lack capacity and do it often enough they may well believe you and this becomes a self-fulfilling prophecy.

So as usual government and politicians are part of the problem rather than part of the solution. Far better it seems, to dis-empower people, and then pretend to be their savior, rather than empower people to be responsible for what they do. Lawyers and doctors by and large are no better in this department. And then wringing hands about how awful it is actually helps no one.

So there are many simple things to improve our health. Drinking water instead of soft drink, taking the steps instead of the escalator and swapping that doughnut for an apple (sometimes). Sleeping improves health. The simple act of giving a hug lowers blood pressure as does laughing.

None of this is complicated or expensive!

So rather than hand wringing over how are we going to deal with the proverbial “tsunami” of illness lets do something else. Lets focus on individuals being responsible for their own health. And provide them with knowledge and where needed, the support to do so.