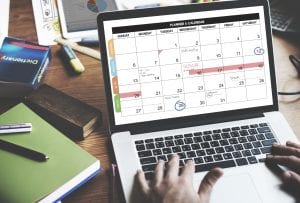 Last newsletter I wrote about how the clock was ticking for the boosters of the low fat diet fad in big public health. This was off the back of the US Preventative Service Task Force showing that behavioural change was the best approach in managing weight and type two diabetes.

Since then we have seen the extraordinary backdown of AHPRA in the Garry Fettke case. In 2016 he was banned for talking to his patients about nutrition for the rest of his life, for the sin of helping them reduce weight and improve their diabetes markers. This came after a complaint by a dietician, backed by the Dietician’s Association.

Over four years after the case started AHPRA have totally backed down. All findings against Dr Fettke were overturned and he was issued an apology. For any government agency, especially one in health to issue an apology is unprecedented. It was a total vindication for the approach that Gary takes in advising a low carb diet.

The Dieticians Association of Australia quietly announced that it is ending its corporate partner program. This is where various companies sponsor the association in return for “increased sales”. Their partners included Nestlé, Kellogg’s and other processed grain manufacturers.

This is a massive backdown.

Leaked emails have shown that doctors who support eating less carbs (myself included) have been monitored by grain companies and their dietetic supporters. The most damning email is a call to the Tasmanian Health Service to “do something” about Garry Fettke. One can only assume he was affecting the promised “increased sales”.

Everyone is entitled to earn a living. In sports you are either a player on a team or an umpire – you cannot be both. When the dietician’s association is advising governments on nutrition policy (as an umpire) and is playing on the eat more grains team there is a massive problem.

The problem with self-proclaimed “not for profit” groups was highlighted by Senator Cory Bernardi  who wrote on his own blog in an article titled “The world has gone completely mad”.He describes the situation brilliantly and hence I have quoted part of the article below.

In describing the case of Gary Fettke be writes “…the Dieticians Association of Australia (DAA) didn’t like a mere surgeon giving dietary advice so they complained to the Australian Health Practitioners Regulatory Association (AHPRA).

Long story short is that at the behest of DAA, AHPRA told the good doctor to stop doing what he was doing. He appealed, they argued for a while and eventually the Doctor received an apology.

While justice was eventually done, this entire association calls into question every piece of advice from the DAA.

If the DAA are prepared to sell out our health and their credibility for funding from some morning sugar soakers how can the health-conscious public rely on anything they are told by them?

The DAA guidelines are used to justify almost every institutional menu from school tuck shops, hospital food, kids lunch through to the ubiquitous food pyramid.

Now it seems they have spent 20 years being funded by the processed food industry to push an anti-dairy, anti-meat message in favour of processed foodstuffs.

Dietary research by an arm of public health in the USA  as outlined in this excellent piece by Nina Teicholz.

In a fortnight the clock has sped up!