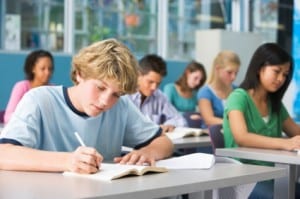 There are interesting double standards that we apply to different fields of human endeavor. In sports the use of performance enhancing drugs is forbidden. Whilst that does not necessarily stop athletes using them at least it is not condoned.   Efforts are made to try and catch and sanction those who are found to be using such drugs.

The rationale behind this is that sporting contests are meant to be about who is the fastest or strongest or best because of their ability and the effort they have made through training to harness that ability.

With academic performance we are not fussed at all and indeed make special allowances for those who use “performance enhancing” drugs.It is well known that mind altering substances such as amphetamines and their cousins the ADHD drugs alter the mind. They can enhance focus, keep you awake to enable more study and sharpen the mind. This is regardless of whether the person has ADHD or not.

Reports out of the USA (and I am sure this occurs in Australia and elsewhere too) describe students faking ADHD symptoms to get diagnosed and hence prescribed stimulant medication. In addition to this once ‘diagnosed” some of these students are given extra time to do their exams because of their “disease”.

The Daily Beast reports: “Coached by parents, and by some competitive guidance counsellors, these students then “fake-fail” the test, are branded as hyperactive, and are granted leniency, ranging from extra days to complete homework to extra time to take the SATs.” Many get a full neurological work up.

The end goal is to get a higher grade and get into elite Universities such as Harvard.

Imagine the same type of approach being used so you can run faster, so that you make the sports team!

At a less “sophisticated” level other students are swallowing or snorting drugs like Adderall prior to exams. One lad told the New York Times “ Everyone at school either has a prescription or has a friend who does”. The US Drug Enforcement Agency (DEA) lists prescription stimulants as Class 2 controlled substances as they are amongst the most addictive substances with medical usage. By comparison Valium is class 4!

Like all substances the amphetamines have effects that we may like and seek but also those we don’t. After the high passes people can become depressed and even suicidal.  Longer-term use of these drugs in younger children can affect growth and the heart. It can raise blood pressure and also trigger rage and violence.

Just to round out the picture it is estimated that at least one in three Australian adults assessed as having ADHD have faked their symptoms. The reason may be to get hold of drugs, get on a disability pension or avoid criminal prosecution (or at least play the medical card as defense). A conference in Hobart was told the fairly obvious that anyone can Google the symptoms of ADHD and that it was very easy to get diagnosed.

When one considers that the criteria for diagnosis are vague and broad reaching this is not a surprise.

Is there something wrong with that? The answer is a resounding yes!

Some people can run faster than others and some can do mathematics better than others. This is life. We should be encouraging our children to do their best and not pressuring them so that they need to resort to amphetamine type drugs.

Universities, schools and parents are to blame for creating this toxic environment, which rewards faking “disease” and drugging teenagers.

One option would be to dope test students sitting exams in the same way that Olympic athletes are dope tested. This will be expensive and the obvious question is who will oversee it. A random testing system, like applies in various workplaces could be used. This would be cheaper but if done correctly creates enough concern that you may be caught to not do it. At the very least it would lessen the problem.

There is another solution though. We need to support our teenagers to be the best they can in whatever field they are suited to. We do not all have to go to University. We are not all scholars. Some of us are creative, some are good with their hands some are good with people. The current education systems in Western countries support only one type of learning – the verbal IQ type.

Some will go on to be musicians, others to be successful entrepreneurs. Some will be become writers and others inventors. These do not come from cookie cutter University courses.

We need to support, respect and honor the different talents that our children have rather than try to make them something they are not.