Many quotes are attributed to Albert Einstein. He may or may not have said them all. One that I suspect he said, or if not would be happy for it to be attributed, is that a definition of insanity is doing the same thing repeatedly and expecting a different outcome.

Sadly, we see much of this insanity in health – especially big public health. The classic two examples where I have a particular interest is tobacco harm reduction and obesity.

The problems with illicit THC and Vitamin E oil causing deaths in the USA has been used to portray vaping as dangerous. The analogy is because a person who drinks arsenic from a cup dies, drinking from a cup is deadly.

Smoking rates in Australia have been unchanged since 2013 but are falling in the UK and other places where vaping of nicotine liquid is supported. Yet, what do our friends in public health argue for? More awareness campaigns and more money for what has not worked. Nobody is unaware of the harms from smoking. What people need is a way to quit, beyond what is offered by Quit lines and doctors.

Obesity rates continue to rise as do rates of type two diabetes. Dr David Unwin in the UK has brought about remission in nearly 50% of his patents by getting them to follow a low carbohydrate diet. You would  think such impressive figures would at least interest policy makers. Sadly, you would be, in the main, mistaken.

The push continues to follow the totally discredited low fat dietary guidelines and for people to eat more grains. This is akin to encouraging a drowning man to drink more water. The notion that what has been recommended for 40 years is the problem does not seem to have registered with our friends in big public health.

It was reported in October that the road toll in Australia has declined less than 0.2% over the last four years. In deaths per capita and per 100,000 vehicles, I suspect the decrease is slightly greater. Nonetheless, there will be calls for more of the same. More speed cameras on dual carriage ways to catch those 5kph over the limit and more booze busses. When one drills down into the figures, most fatalities are on country roads and most of the focus of law enforcement is on city roads.

More of the same will not succeed.

The other area where more of the same will not work is aged care. The Royal Commission has handed down its interim report. The problems are easy to find. Whether the Commissioners will produce any useful solutions remains to be seen.

There are major problems around staffing, training and unrealistic public expectations  about what can be done with funds available. More regulation and red tape will not improve care. I was struck by comments from Jude Clarke (quoted in the Weekend Australian) who has been in the industry for 46 years starting at age 15.

“These days we just have too little time. We are stuck in front of computers filling out compliance forms to ensure the facility gets funded instead of being with the residents. We don’t get the chance to just sit with the residents, to hold their hand and to talk. It’s the part of the job I miss most. That offering of conversation is what keeps people happy and if they are happy they don’t get sick”.

Bingo. Too much time filling out compliance forms and not enough time to deliver care. Staffing levels may not need to be greatly increased if staff time was better utilised. Let’s not even go down the path of holding hands being seen by the “woke” brigade as some form of assault and thus verboten.

More of the same will not produce better aged care. Whether there is a will to make genuine changes remains to be seen. 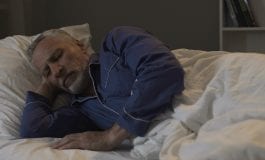