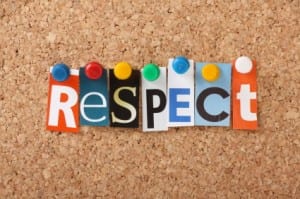 There was an interesting article in the paper a little while back discussing the behaviour of teenage girls. A headmaster of an all boy school was quoted as saying that their behavior was increasingly like bad boys. This lead the headmaster of a nearby all girl school to say that bad behaviour was not a gender issue and that any suggestion that it was amounted to “discrimination.”

Really?  If the behaviors of both genders are similar how can the discrimination card be played?

To be fair she later hit the nail on the head by saying that bad behaviour was about poor choices without a values compass.

A visiting American sociologist Michael Kimmel observed that girls had stopped policing each other over recent years. He added that 20 years ago a promiscuous girl would be judged harshly by her friends but today would be encouraged by many with a “you go girl”. In turn he noted that imitating drunken promiscuous boys at their worst was not a sign of liberation.

This could explain why 14-year-old girls can arrive at a function at 7pm already drunk.

We could also wonder is Miley Cyrus a role model for or a reflection of what is happening with teenage girls.

Regular readers will recall a previous article about alcohol consumption and that there was a right and a wrong way to use alcohol. In the same way there is a right and wrong way for people (of any age) to behave. This is not withstanding that there are cultural differences across societies and what is deemed acceptable can and does change over time.

However the basic premise of treating others and yourself with respect does not change. Post modernism and moral relativism has caused many to accept that any and all behaviour is OK and that it is wrong to judge or discriminate.

This is why there is the degree of confusion in young people (of both genders). Children and teenagers are looking for the boundary. That is why they push it, so as to find out where it is! The boundary represents safety. If I am within this boundary then I am on safe ground because those older and more experienced have determined that past this point there is trouble.

If no boundaries are set the youngsters continue to search for it. This is what we are seeing. In part this is due to lack of parental authority and discipline.

But it is also due to the “rights” agenda, which tells teens that they have rights but no responsibility, and the post modern view that all behaviour is equal and that moral or values judgments are discriminatory.

At their core all the worlds’ major religions are based on codes of right and wrong. Secular countries have derived laws based on these codes and applied them without religion. These codes are about putting boundaries about what people can do. We do not need more laws but we do need a reset of the moral compass.

This concept is not new. It has been lost. It needs to be found and applied again.