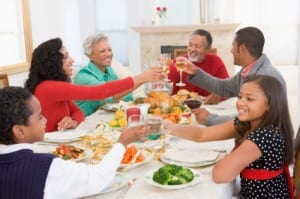 With two teenagers the issue of alcohol consumption is on the agenda. It is fair to say that attitudes vary considerably both amongst teenagers and also amongst their parents.

There is also a game of cat and mouse whereby (quite correctly) attempts by schools to stop alcohol at functions is met by attempts by the teenagers to get alcohol in. The lengths gone to are considerable and inventive.

The most startling is smuggling in vodka by soaking tampons in it.

Setting aside the legalities, it strikes me that the harder it is made to drink, the more of a challenge is created to find a way to do it. And there is also the fact that we do not separate the concepts of having a drink (singular) from drinking till drunk.

There is a moral dimension in this, which I will get to later

First, here is a statement of the obvious – if you drink too much it is bad for your health and may indeed be bad for the health and wellbeing of those around you. This is not new or notable. You would think that after a few thousand years of human civilisation that we would have sorted out how to use alcohol. We manage to use knives and fire, by and large, with few problems but not alcohol.

Currently there is a big debate in Australia about alcohol use particularly the “drinking culture” and how it impacts teenagers. This is driving a push for a “zero tolerance” and, just say no approach. Apparently the day you turn 18 there is a major biological shift which makes alcohol in small quantities no longer a danger.

I can see where this debate is going. All the issues are starting to be framed in a health setting. Rather than being “wrong” to drink excessively and bad parenting to supply teens with alcohol, it is damaging teenage brains to let even one sip pass the lips. This is done so that, as usual, moral relativism can be applied and we are not seen to be “targeting “ certain groups or shock horror, offending anyone.

The standard script is that if we say that any amount is bad we catch everyone and do not have to bother with subtleties. There is a fundamental problem with this approach. Firstly, as is shown in many European cultures, alcohol can be introduced in small quantities and in the right situations to teens under the age of 18. Secondly quantity matters. A sip of wine is not the same as a bottle of vodka. The impact on the person is also not the same. A sip of wine will not do damage. A bottle will.

The problem is when people are told that any amount is equally harmful there are those who think that they might as well have more because it makes no difference. Thirdly prohibition has never worked for anything anywhere.

Some parents and other adults are clearly doing the wrong thing in supplying alcohol to teenagers so they can “drink” at parties, usually with minimal supervision. It is not wrong because of long-term health effects, it is wrong because of short-term behavioural effects. It shows that some parents are asleep at the wheel.

Those teenagers who drink to “get wasted’ or to “trash their bodies” as it is described to me in the surgery are behaving badly and need to be pulled into line. Again this is a behavioural and societal/cultural issue not a medical or health one

The biggest problem is the separation of alcohol from context. European cultures where alcohol is part of a family occasion, not something separate, have it right. The alcohol is served with food and consumed in an environment of social engagement. It is there as part of the whole – it is not the whole. Behaviour is “controlled” by family pressure and the cultural setting.

Contrast this with the Anglo-Saxon approach where the purpose of drinking is of itself or as mentioned above to get drunk.  Another factor driving violence is the combination of alcohol with drugs like amphetamines but this also does not rate a mention. This is because it is seen as too hard and also would undermine completely the arguments about prohibition or restricting sales and advertising. When was the last time you saw and ad for crystal meth on TV?

Excess alcohol consumption is a symptom of a society where standards and concepts of right and wrong have been lost. A society where children are not told no and where everyone has rights but no responsibility.

If we regard alcohol as the problem we are dealing with effect not cause. Until we start to address the societal and cultural drivers of excess alcohol consumption we will not get very far.