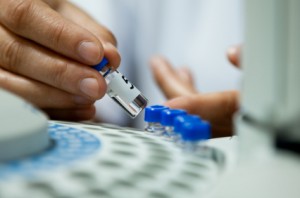 Once upon a time medical practice was about the consulting room. Here the patient and doctor could consider what was best for the individual based on their unique circumstances. The aim was to treat the patient, not to treat a number, or to treat to a target or to some arbitrary protocol.

The mantra in medical practice for the last 20 years has been about evidence, best practice and following protocols. The inherent belief is that there is a single method of dealing with every heath matter, which is best for everyone all the time. These notions come from management theory and academia and guess what?

Whilst the following statement is obvious it is important that it be stated. Human beings are not machines. They do not all respond in the same way to interventions. This is why no medication works equally well in all people. This is why some defy the odds and others die unexpectedly.

Whereas machines can be reasonably expected to respond in the same way when the same “tweak” is made, the human body may not.

The proponents of evidence like to parade themselves as scientific, until the evidence contradicts their preconceived beliefs. We have seen that in the ongoing obsession with lowering cholesterol despite it making little difference. We see it in the continued recommendation for antidepressants in mild depression even though they are no better than placebo.

We can ask the question why is this? And we have what in my opinion is the answer.

Three quarters of members of panels, which determine diagnostic criteria and disease definitions for common conditions, had financial ties to drug companies. This could be as advisors, speakers or consultants. Some 84% of panel chairs had financial ties!

These conditions include asthma, depression, diabetes, high blood pressure and ADHD. We are talking about common conditions.

Whenever disease criteria are changed it reclassifies “normal” people as having a disease. This is generally by expanding the definition or lowering thresholds. Guess what happens next? The market for drugs is increased. Expanding the market is a great business strategy.

It is not a great health strategy.

It gets worse as governments and insurers then coerce doctors to follow these guidelines. To be honest it is not actually in their interests to do so as it increases their expense.  Whilst I get that governments would be too stupid it is a surprise that insurers are taken in.

In short there is enormous bias in the medical system in favor of the use of pharmaceuticals. This is driven by the fact that doctors paid by industry have a significant say in how diseases are defined and how to treat them.  The unique circumstances of the individual are not a consideration here.

The bias starts early. At a leading US cancer centre 50% of findings could not be verified by scientists at the SAME centre. Only 5% of treatments that go beyond animal trials actually should have proceeded.  The other 95% reflect positivity bias where researchers see what they want to see

Scientists are human too, so naturally there is a bias to be positive about something you are working on. The fact that you are a researcher does not remove this bias and hiding under the cover of being “scientific” is a crock.

So what is the answer? We need to go back to the future in medicine. We need to be wary of “breakthrough findings” and “blockbuster new drugs”. We need to stop diagnosis expansion and the medicalization of life.

Guidelines need to be just that – guidelines not a cookbook to follow to the letter in every person every time. We need to understand that so called best practice applies in factories not the human body. That best practice in medicine is what is best for the person in the totality of their circumstances. It is not what some ivory tower boffin or bureaucrat with an abacus decides is best for the person.

The disease system we have, which masquerades as a health system naturally expands itself by creating more disease. It is doing a good job of this.

A genuine health system is about supporting people in being healthy. Whist there are green shoots appearing, we have a long way to go.

Rejecting disease mongering and the constant expansion of disease criteria by people who are conflicted is what is required. Recognising  the problem is step one.