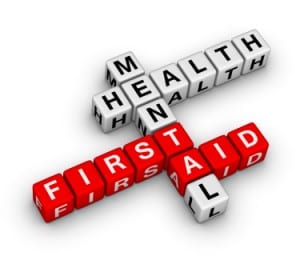 Earlier this year Prozac celebrated its 25th birthday of being approved for use in the USA. It was the first of a new group of antidepressants called selective serotonin reuptake inhibitors (SSRIs). From humble beginnings their use has exploded. But is the collective mental health of the world any better?

The short answer is no.

David Healy an Irish psychiatrist collated some interesting statistics. Before Prozac some 1 in 10,000 people per year was admitted to hospital for severe depression. Now it is estimated that around one in four people will have depression during their lifetime and at any one time, one in ten is affected.

One-way of looking at this is to say that the condition is better recognised and that this is a good thing. Another view is that the definition has been widened so that anyone having a bad hair day can be diagnosed with depression. With normal grief now considered an illness I feel the latter is a better explanation.

This week there was an interesting op-ed piece by Gary Schwitzer about the mental health paradox.  He quotes the editors of Plos online  “On the one hand is over-treatment and over-medicalization of mental health issues, often fuelled by a pharmaceutical industry interested in the broadening of the boundaries of “illness” and in the creation of more and wider diagnostic categories and thus markets for “selling sickness.”

Gary Schwitzer adds “On the other hand their exists profound under-recognition of the suffering and breadth of mental health issues affecting millions of people across geographies, which is a global problem.”

Sales of SSRIs have exploded. Annual sales are worth over US$20 billion and this is even with a significant number of the medications now being off patent. Between 1995 and 2005 the number of people in the USA prescribed SSRIs doubled.

There are various ways of assessing whether treatment makes a difference. Given that depressed people may be more likely to commit suicide an increase in diagnosis and treatment may be expected to bring about some reduction in suicide rates.

Over the last 20 years the Australian rate has not changed. Figures from the USA show an increase over the last decade. Amongst those aged 35-64 there was a 30% increase. More Americans now die from suicide than from car collisions. The same applies in Australia.

Yet all the “experts” call for more of the same and of course more funding. In 2010/11 Australia spent an additional $450 million on mental health for a total of $6.9 billion. This equated to $309 per Australian (up from $248 the year before). The question must again be asked. Has this made any difference?

And if not, then is it time for a new approach?

A study, which did not attract much attention, looked at the effects of medicalization. In simplest terms giving biogenetic explanations for peoples emotions was designed to reduce “stigma”. Yet it has the effect of making people pessimistic as they feel that the condition is outside their control.

When someone dies we feel sad. The same when a relationship breaks down. If our finances are stretched we feel stressed. These are not illnesses. They are normal reactions.

We also have the capacity to choose how we react to situations. We all have beliefs and thoughts but we are not our beliefs and thoughts. If we understand that, how we are feeling is a normal response to a situation then there is implicit in this a resolution as the problem passes.

If we believe we have a “condition” where our “brain biochemistry” is disordered then there is less hope of recovery. And there is less we can actually do to help ourselves.

This narrative suits those selling pills but not those seeking to deal with life’s ups and downs.

The medicalization of life has contributed to the paradox described above. Increased spending on mental health is not improving our collective mental health as it is misdirected. Those in most genuine need miss out, whilst increasing numbers of others are told they have illnesses needing treatment rather than life events needing resolution.

The biogenetic and medical model is failing to improve mental health. It is time for a biopsychosocial model. This recognises that people respond emotionally to situations and that the whole range of human emotion is valid.

Once we adopt this broader view we can move away from biochemistry and towards humanity.