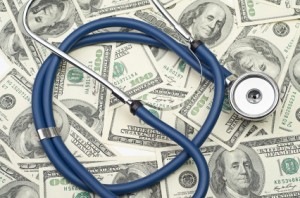 There is a wonderful quote by Aldous Huxley: “Medical science is making such remarkable progress that soon none of us will be well.”  With the degree of disease mongering, over diagnosis and awareness that we have at present this prediction is coming true.

Medicine is wrongly presented as being black and white. One either is sick or well. One either has a condition or not. In some instances, such as a broken bone, it is fairly clear-cut. However in the vast majority of instances it is not.

How can that be?

Isn’t medicine a science? Surely there is certainty just like the experts and academics are always telling us?

The most obvious example is mental health conditions. These are defined in the Diagnostic and Statistical manual. The latest version, the DSM5 has nearly 500 conditions. All of these definitions are arrived at by “consensus” after discussion and opinion are aired. It is fair to say that there has been much criticism of the criteria for “conditions” such as ADHD.

But even conditions like high blood pressure and diabetes are defined by numerical cut offs, which in turn are arrived at by consensus. About a decade ago the cut off for normal blood sugar was lowered. This reclassifies literally at the stroke of a pen, a whole population group from being “normal” to having a condition. Or at very least a “risk factor” which needs “treatment”.

So there is considerable financial implication in disease classification and criteria. Big new markets can be opened up for pharmaceutical companies if the definition of diabetes, high cholesterol, or high blood pressure are changed.

Panels of “experts” generally appointed by governments or academic bodies make these decisions. You would think that there would be independence and transparency around this process.

You would be wrong.

As I wrote a few weeks ago a review of panels involved in guidelines for definitions of, and treatments for 14 common medical conditions showed massive conflicts of interest. The conditions included high blood pressure, diabetes, depression, asthma, ADHD and reflux. Click this link for the full list.

These are common conditions all of which are treated with medications.

In simplest terms, the vast majority of doctors charged with making decisions about how diseases are defined and making recommendations for treatments of those conditions had ties to companies, which stood to benefit from the decisions made.

I am not suggesting in any way that they were bribed or that they did not believe in what they did. However they are not independent and hence should not be making decisions, which indirectly (or even directly) can impact their own hip pocket.

This is particularly the case when other doctors are then “obliged” to follow these guidelines and can be criticised or even penalised for not doing so. And of course there is the issue of the cost to society if people are medicated needlessly. This is both a human cost from side effects and the medicalizing of life where people now believe they have a “condition”. Plus the economic cost of medications and tests, which are not needed.

Every time a threshold is narrowed or any condition is made “easier” to diagnose more people get caught up. In turn more drugs can be sold. When the same people advising in these definitions are paid by companies, which stand to directly, profit (or lose) from those decisions we can correctly say “Houston we have a problem”.

This problem is on top of suppression of trials with “negative” results, ghost writing of papers and the difficulty of independent researchers getting access to data. I wrote previously about the number of medical interventions, which are not beneficial. One could ask how many of these guidelines are also tarnished?

Add to this awareness campaigns and screening which often has vested interests behind it and Aldous Huxley is spot on.

There is another way. Do not buy into hysteria, awareness, mass screening programs and disease mongering.

Rather than focussing on what is wrong with health, lets focus on what we can do to get it right. Focus on actually caring for your health. Focus on eating sensibly, exercising, managing stress, getting enough sleep and having good relationships.

It is not that hard to be healthy!