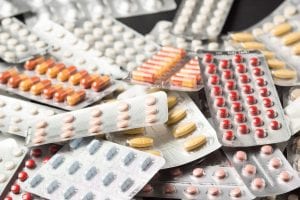 Some numbers are so big that one can struggle to comprehend them. Fierce Pharma reported that in the decade from 2007, drugs losing their patents had total sales of $US915 billion. Of this over US$200 billion was in sales of statin medications.

A tablet for high blood pressure came in at over $60 billion and one for heartburn at a little under $70 billion.

Take a moment to consider that this spending does not cover the total amount spent on just the three conditions mentioned above. And after that the logical question is, are we getting healthier for the money spent. Or might a lot of people be taking medication that they don’t need?

The answer, as usual is a bit of both. There is a role for medications and modern pharmaceuticals have contributed significantly to our health. However, it is basic business principles to find new markets for your products. And this is where the pharmaceutical industry, ably supported by academics and public health, have been masters.

The lowering of thresholds at which “disease” can be diagnosed has expanded the number of people who can be “treated” for high blood pressure and high cholesterol. New European guidelines for treating high blood pressure were released in 2003. The next year it was found that over 75% of the entire Norwegian population were now classed as needing treatment for hypertension.

In 2012 a Cochrane review found “In otherwise healthy adults, treatment of this condition reduced neither mortality nor morbidity in randomised clinical trials. There was no evidence for the new recommendations that broadened the definition of hypertension”.

Better still you could have “pre-hypertension”

You have to love the concept of “pre-disease”. No longer can you be well, you have pre-something even though there is nothing wrong with you. According to Professor Paul Glasziou of Bond University “We have ‘pre-dementia’ and ‘pre-hypertension’ now, with no evidence that treatment improves outcomes. Around half the adult population is said to have ‘pre-diabetes’, and again there’s no evidence that labelling people that way will actually help them.”

But it does help the medical industrial complex to expand itself.

Another excellent way to increase sales was identified by Larry Huston writing on Med Page Today about a new cholesterol lowering medication. “Here’s a pro tip for pushing a drug (or, indeed, any aggressive treatment or screening strategy): focus exclusively on the benefits, even if they are modest at best, and completely ignore side effects and costs. If you do this I can guarantee that even the most mildly effective treatment will look great.

Promoting benefits whilst glossing over complications can lead to dreadful outcomes. One example is being unearthed in the Senate Inquiry into the use of mesh to treat incontinence in women. The product appears to have been trialled initially on a small number of dogs but ended up being used in thousands of women, many of who have had appalling problems as a result.

The fundamental problem is diagnosis creep. This happens three ways. One is lowering thresholds at which we reclassify health people as having a condition. Examples are cholesterol, blood pressure and diabetes. The second is aggressive screening campaigns which detect growths which are not truly cancerous. The third is seen in mental health with loosening definitions of what it takes to “be abnormal”. ADHD is the classic here.

There is the beginning of a pushback with the choosing wisely campaigns and now the start of Wiser Healthcare, which states “There is need in Australia to identify the causes of too much medicine, the extent of the problem, and to develop responses to address it”. They add that part of this is better informing consumers and clinicians.

Acknowledging a problem is the first step to fixing it. We have a long way to go. In the meantime, always ask about the downsides of any treatments and what might happen if you do not undergo treatment?