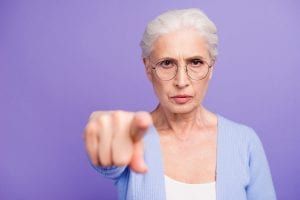 Just when you thought that the antics of the nanny state and big public health could not get any worse or more ridiculous, they prove you wrong. The Cockburn Council  in Perth has asked food truck operators to submit their menus prior to being allowed to attend a community event in the town. Those who don’t comply with “health star ratings” will not be allowed to attend. The menu must have 40% green light foods as per the traffic light system based on the totally discredited low fat dietary guidelines,

There is so much wrong with this, it is hard to know where to start.

The first issue is that adults should not be told by local government what they are allowed to eat. The role of local government is to water the parks and collect the rubbish. A 22 page council document stats “ It is no longer appropriate for food vendors at City funded (i.e. ratepayer) events to be dominated by vendors selling hot chips, deep fried meals, pies, sausage rolls and other highly processed foods”.

It continues “Due to the prevalence of lifestyle health risk factors in the City of Cockburn, interventions are required to help limit the rising rates of obesity”.

Gareth Parker skewered the council on his radio program on 6PR.  The Cockburn chief executive told Gareth that this only applied to the event sponsored by Heathway. The document shows this is not the case.

Readers may recall that Heathway sought to ban a staging of the opera Carmen on the basis that it “glamorised” smoking. The entire board was replaced after this debacle, but the organisations desire to social engineer has not been dented.

As Gareth Parker correctly noted in his column in the Sunday Times “The average ratepayer would eat less than one meal per year at a City of Cockburn event rendering the real world impact of the policy on public health near zero”. Keep in mind that nothing will stop citizens stopping at MacDonald’s or another take away food shop on the way to the event. Thus, the business goes to large corporations to the detriment of local small businesses.

Local governments have been declaring climate emergencies and now we have obesity emergencies. So much crisis and so much for local government to do. No wonder they need to jack up rates on long suffering ratepayers.

Even,  if one accepted the premise, all that is achieved by banning local food trucks is to shift business elsewhere as outlined above. But as Gareth Parker correctly observes, one meal means nothing. And once again, even if you accept the flawed traffic light system, surely the time and place to have a treat is at an event, rather than every day at home. Will the council march around supermarkets telling citizens what they can and cannot place in their trolleys?

The fundamental issues in all of this are –

1) It is absolutely not the tole of local government or any level of government to dictate what citizens can eat in a free country.

2) It is not the role of local government to discriminate against local small businesses to the benefit of large businesses. If people want “junk food” and cannot buy it at the local park they will buy it on the way there.

3) The traffic light system is based on the totally discredited low fat dietary guidelines, which have led to the increase in obesity and type two diabetes over the last 40 years.

4) The statistics about overweight and obesity are based on the BMI, which grossly overstates the problem.

5) The problems we have today with obesity and type two diabetes (and yes, it is a real problem even if the numbers are less than those claimed) are largely due to low fat dietary guidelines introduced in the late 1970’s with absolutely no scientific basis).

6) Treats eaten when one goes out are not the problem. It is the low fat foods eaten daily which get ticks, stars or elephant stamps from big public health that are the problem.

Ultimately this pathetic effort from local government seeks to treat adults like children. It discriminates against small local businesses. The worst aspect is that it reinforces the folly which has gotten us into this mess.