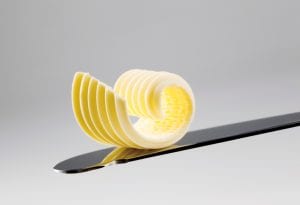 Most successful changes in societies have come from community initiatives or individual brilliance. Top down government impose ideas generally fail to work. History, both ancient and recent has shown us this. The smart phone was not a government initiative neither was the internet.

When it comes to health we often see a similar pattern. This is not to say that every government health initiative has been bad but mostly, if they do work it is because they have adapted what is already working and claimed it as their own. For example, governments climbed on the stop smoking bandwagon after public rates of smoking were already in sharp decline.

Regular readers will likely guess where I am going with this. Low fat dietary guidelines pushed by public health, governments, government agencies and a raft of fellow travellers has been a major, if not the biggest contributor to increased rates of obesity and type two diabetes.

One can allow that in the early days they were badly advised and the science was not that clear. However, for at least the last decade, the folly of this approach has been evident but still the powers that be cling to their dogma.

Yet change is happening. And as usual it is coming from the community and individuals. With that in mind I am very honoured to be co-chairing and speaking at the inaugural Low Carb Nutrition Perth this Saturday. This will feature speakers from interstate as well as locals with differing backgrounds.

Topics to be covered will include how did we get into this mess, the role of a low carb, high fat approach in various situations, innovation driving change and current research. There will also be ample time for questions and discussion.

The degree of passion that discussion on dietary matters generate remains surprising. The cases of Garry Fettke and Tim Noakes who have been dragged through regulator bodies for suggesting that people eat less carbs is a remarkable waste of health dollars. It underlines how governments are part of the problem rather than part of the solution. That these complaints were laid by dieticians (in the case of Gary Fettke, anonymously) makes matters even worse.

The internet and social media have been very democratising. Whilst not everything you get from “Dr Google” is right, neither is everything wrong. The ability for ideas to flow between people is greater than is ever has been as is the ability for like-minded people to get together either virtually or in person. People are no longer solely reliant on mainstream media and “official” information.

Low Carb Down Under has run events in a number of places and some of the presentations will eventually go online so those unable to attend will be able to watch. I would urge those in Perth or within travelling distance who are interested in learning more about a low carb approach to get along. Tickets are still available and for the record, I am not being paid to talk or be co-chair. I will have books available to sell for those who are interested and will happily sign them.

I have also written many times about the importance of being questioning. Days like this allow us to hear ideas and to raise questions. Science is never settled and our ideas will continue to evolve. However, the days of the low fat mantra are coming to a close.