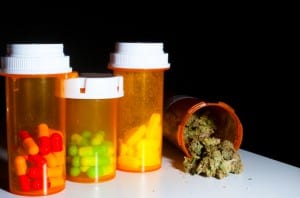 Last week I was interviewed about the use of medical marihuana. A survey done by a news site locally showed some 97% of respondents in favour of its use especially in those with cancer. Whilst online surveys can’t be absolutely relied on, this is a remarkably high figure.

And it is not that surprising.

In the USA where President Nixon started the war on drugs over 40 years ago we now have close to 30 states where medical marihuana is legal and two states where it is fully legal. Yet concurrently its use is responsible for a large number of people being in jail.

Research has shown that the impact on a child of a parent being jailed is as bad or worse than death of a parent. So locking people up because they have a particular choice of favorite substance is not only more harmful to the person than the substance but harms any children they have as well.

What is most interesting is the history. Until the 1940’s, cannabis was seen as having medicinal properties and was legal for all till the early part of the 20th century. Concerns about its potential for addiction led to it being less often prescribed and ultimately made illegal.

The two biggest uses historically for medical marihuana were nerve pain and nausea. For many people it is effective in treating this.

One argument against its use is that we can treat these problems by other means. And therein lies the rub. Use of prescription opiate painkillers has led to major problems with addiction and there are far more deaths associated with these than with illicit substances.

Yet it is almost impossible to overdose and kill yourself with marihuana.

The other problem with opiates or painkillers is that people develop tolerance and then the dose needs to be increased – contributing to overdose and deaths. So the legal option is less effective and more dangerous than the illegal alternative.

A survey of overdose deaths from opiates saw a four fold increase in the USA between1999 and 2010. Yet there was up to a 30% reduction in deaths in states with legalized medical marihuana. Maybe that is pure coincidence – but I doubt it. If people are using marihuana instead of opiates we will see less deaths, as it is a non-toxic or fatal substance, whereas opiates are toxic and dangerous.

Does this really make sense? Is it logical?

And when it comes to nausea, especially in those with cancer, currently used drugs are not always that effective either. Another option would be helpful.

So yes I am also in favour of medical marihuana as the benefits significantly outweigh the risks.

Now if you are wondering is medical use a backdoor for wider use the answer is yes. We have already seen that in the US and the same would happen elsewhere. The fundamental issue is that when we strip out current legalities and simply look at substances, marihuana is far from the worst drug we have and is safer than many prescription drugs.

And yes it can cause addiction in some and yes some who use it may also use harder drugs – but the vast majority doesn’t. And for them the legal consequences of use are far worse than the health ones. So whom are we protecting?

As a father with teenagers I don’t want them using drugs. But getting arrested would be far more harmful. As President Carter opined, our policies on drugs should at the least be no more damaging for the individual than the usage of the drug.

Currently we fail that simple test. We need to do better and more of the same is not the answer.