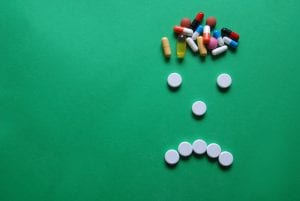 This year we have lost much musical talent. The passing of Prince is another loss that is being mourned. The sudden nature of his passing has of course led to much speculation. Some has centered on the presence of painkillers in his house or possession. In due course we will get a toxicology report and there will be a coronial inquest.

I do not want to wade into this speculation and hence express no opinion about the tragic case of Prince. However there is a broader issue that does warrant comment. That is the role of painkillers in society.

How did we get into this mess? The first thing to consider is that opiate pain killers are in the same group of medications as morphine and that they are very similar to heroin.

A few years ago Fortune magazine did an excellent expose on the rise of sales of Oxycodone and the company, which marketed it, Purdue pharmaceuticals. I would encourage everyone to read this. The company promoted the drug as non-addictive. The FDA and doctors bought this line.

In 2007 Purdue pleaded guilty in a criminal court of misbranding the drug “with intent to defraud and mislead the public”. The fine was US$635 million. Sales have been over US$3 billion annually. The fine, while not pleasant for the company, was hardly serious.

More importantly, even after this, sales continued to climb. This is because the use for it widened. Previously opiate medication was only used for terminally ill people. The ideas being that even if you become addicted, you will be dead soon anyway so addiction does not matter.

It has been used for all forms of pain. In particular it has been used for chronic back or other muscular or skeletal pain. Here, doses need to keep being increased due to tolerance. It is also widely used in emergency departments for all manner of conditions.

Two other changes have helped drive the use of these drugs. In the 1990’s pain was added as a “medical sign” much like temperature or blood pressure. Pain is in fact a symptom, not a sign, as it cannot be measured. Coupled with this came the view that nobody was allowed to be in pain.

Whilst laudable in theory, being entirely pain free is not always realistic or even a good idea. Pain is often the way that the body communicates that there is a problem. Just numbing it, other than very short term, is not dealing with the problem.

The final piece of the jigsaw has been patient “satisfaction” surveys. In The USA in particular this is linked to hospital funding. Those seeking drugs know that hospital ED’s will be likely to dispense opiate painkillers if demanded, as they do not want “bad reviews”. Doctors have privately admitted to prescribing due to concern about their “satisfaction” ratings.

As usual there is no problem that cannot be made worse by moronic government policies and brain dead bureaucracy. The ultimate end result in the US has been, for the first time, a reduction in average life expectancy. This is due to deaths from drug overdoses.

As an aside, public health has been silent about all this, but never fails to scream about a new liquor store or wine bar.

Finally there is recognition that this is a real problem. Tamper proof tablets have been developed so that the contents cannot be injected. In Australia, Victoria will be the second state to introduce real time monitoring of prescriptions, which will enable chemists and doctors to see when and how much medication a patient has had. In the US, New York has succeeded in reducing opiate use via a similar approach.

However, US experience has shown that those already addicted will revert to heroin if they can’t get prescription opiates. So more will need to be done to get addicts OFF these medications rather than simply push them back into the illicit market.

The problems with prescription painkillers are massive. This has been created by, bad government policy, regulators asleep at the wheel, well meaning but misinformed doctors and an environment where the medical “customer” is always right.

Fixing this mess may take a decade – at least.