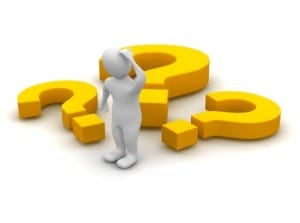 As the year draws to a close it is interesting how three of the key themes that I have written about this year have all raised their heads. And those are

1)   The medicalization of life

2)   Over diagnosis from screening tests

And the three intersect.

The new psychiatry “bible” the DSM V has been a work in progress for some time. Whilst it will be officially launched in May 2013, the final version has been agreed to. This is the first renewal in close to 20 years. The last one saw a huge (40 fold) rise in diagnosis of juvenile bipolar and adult ADHD. It is incredibly easy to reclassify human behavior as a disease.

Professor Allen Francis who oversaw the DSM IV described the new version as “the saddest moment in my 45 years career of studying, practicing and teaching psychiatry”. You can read his views here.

Whilst Internet addiction and sex addiction as well as “psychosis risk disorder” did not make the final cut there are still some corkers. Children with temper tantrums can now be diagnosed with Disruptive Mood Dysregulation Disorder. How easy will it be for more children to be medicalized and then given drugs they do not need.

And just in case it gets missed, the Australian Government’s mental health screening for three-year-old children will see to that.

Forgetting where you left your keys will now see you diagnosed with Minor Neurocognitive Disorder. Those who seek to promote screening for dementia will also push along this diagnosis. Already some $250 million has been allocated for screening and “awareness” in Australia.

And next festive season we can expect a flood of Binge eating disorder, which happens if you overeat 12 times in a three-month period.

No doubt current drugs will be used off label to “treat “ these conditions and new indications for approved prescribing will be sought. This has been the case whenever new conditions are invented.

The intersection of nonsense diagnoses with screening zealots who see disease everywhere and pharmaceutical companies keen to sell drugs (on or off label) is not a good one.

Earlier in the year GSK was fined over $US 3 billion for marketing transgressions. Pfizer has just agreed to settlements of another  $US 98 million. This is in addition to the $US 500 million in the last two months. And question marks continue to swirl around Champix (Chantix) the stop smoking drug. A meta analysis has again shown higher rates of cardiovascular events (heart attacks) in those taking the drug.  It has also been associated with suicides.

And despite a review of over 700 studies showing that by far the best way to stop smoking is to just stop, the myth of smokers being unable to quit alone continues to be pushed. Of course those selling stop smoking aids, products or programs have an interest in doing this. Plus public health people hate to tell people that they can be responsible for their own health.

Yet the zealots at Breast screen in South Australia are concerned that they are not diagnosing enough breast cancer. A review has been ordered, as statistically they are 95 diagnoses down on what they expected! God forbid women have less cancer or that we spare women anxiety, biopsies and treatment that will not benefit them.

And whilst mammography is treated like a sacred cow, the ACCC is throwing the book at thermal breast imaging. I make no comment on the merits of this technology but it is ironic that the charges include false claims. Very quietly the Australian Government is rewriting the patient information for Breast screen because the current version fails to provide balanced information about the risks compared to the benefits.

So are things getting better or worse? We hear more about these three issues and it is easy to think it is more common. I actually suspect that what was previously hidden is being uncovered. As this happens it seems like the problems are more frequent.

Big pharma is being watched more closely. The fines are getting bigger. Academics who seek to both develop drugs and decide their approval are being caught out. People are starting to be better informed about the risks of screening and unnecessary medical tests. Doctors are also becoming more aware.

We still have vast vested interests pushing for more diagnoses and more treatments and being almost resentful of those who dare to be healthy. In the UK people over 65 are told off for not going to the doctor – how dare you be healthy.

I am optimistic that we are close to a turning point. Currently there are still only isolated voices calling highlighting the problem in health and arguing for changes. The numbers are growing and each “revelation” takes us a step further in the right direction.

Diagnoses, tests and medications have a role when we are sick. Finding genuine disease early in its progression remains a good thing. Inventing disease is not. False promotion of medications is not. Finding and treating disease, which won’t affect health, is not.

The key to health remains what you do each day and the choices you make with regards eating, sleep, exercise and the other pillars of health.

The best way not to get sick still is and always will be, to be healthy.