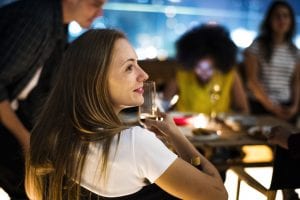 I have started watching the Netflix Documentary-drama – the making of the mob which chronicles the rise of the mafia in 1920’s America. The key to the success of the mafia was the institution of prohibition on January 16 1920.

Not only did prohibition not reduce alcohol consumption, it arguably became more readily available. There were no fixed opening hours and no in an upside down way, no restriction as to where it could be obtained. That sales and consumption were illegal did not deter people.

Fast forward to today and the ideology underpinning prohibition remains. Today it is couched in terms of the modern religion of public health rather than Christianity. To sin against the decrees of health and safety attracts a similar degree of damnation as to sin against the church in the past.

Also, fast-forward to today and we see the prohibition of drugs having little effect on their consumption either. In the same week as a large haul of cannabis plants was found by police, anti-corruption officials bemoaned the ease of movement of drugs into jails.

What a surprise – fill prisons with those who use drugs and then be surprised by the laws of supply and demand. Memo to the powers that be – a jail term is not a treatment for addiction.

Just to cap things off there was the usual complaints about overcrowding and lack of staff. If you fill prisons with people whose only crime is to have a choice of substance, which is arbitrarily illegal (as many legal drugs are FAR more harmful), it is not a surprise that prisons are full.

But let’s return to the discussion of alcohol – and yes for the record I enjoy a glass of wine with dinner in the European tradition.

With the “silly season” fast approaching, let me categoric first – consumption of excessive amounts of alcohol is bad for the health of the individual and often those around them However, the vast majority of people do not consume at this level.

It also does not make all the myths about alcohol nor the approach of big public health correct.

If we misdiagnose the problem, we will not apply the right solution.

One of the terms bandied around is that of “alcohol fuelled violence”.

Per capita we are not drinking more than in the 1970’s. The violence is actually fuelled by methamphetamines! If alcohol is like petrol then amphetamine is like a spark. Alcohol may make you disinherited but a drunk is uncoordinated. When throwing a punch, one is just as likely to miss and fall over. Hence one punch assaults did not occur in the 70’s and 80’s.

So why is all the talk about alcohol? It suits the purposes of the health lobby and to a degree the police to blame alcohol. They can blame advertising or the opening hours of licensed premises and call for “government action”. With amphetamines (already illegal and not advertised) they have no solution.

In November there is schoolies or leavers week. Much effort is directed towards stopping underage drinking, so teens are turning to ecstasy and other pills, which are easier to smuggle.

Give them some wriggle room please! I would rather teenagers get drunk than high.

Research has shown that 90% of those who drink too much are not alcoholics – they simply drink too much. This makes the solution simple – drink less.

They are capable of doing so and are NOT addicted. Again, this means no need for government action or funding of programs. It just means getting the message out to people that they have the power to control their drinking if they want to.

If we correctly diagnose the problem, and apply the right remedy we can achieve quite a lot in health.