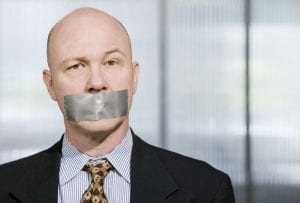 In 1847 Ignaz Semmelweis a Hungarian Physician first discovered that the incidence of puerperal fever could be significantly reduced if doctors washed their hands before attending to mothers.

Despite publication of results showing that hand washing reduced mortality to below 1%, this was not the “generally accepted view” of the medical profession at the time. His views and suggestion to wash hands were deemed “offensive” by the medical establishment. Ultimately Semmelweis died of pyaemia in an asylum. Guards had beaten him 14 days after admission.

Homosexuality was considered a psychiatric disorder and listed in the DSM one and two. In 1973 the Board of the American Psychiatric Association voted to remove the diagnosis. There was uproar, leading to a vote, where the board’s decision was narrowly upheld.

Yet the DSM three contained a new diagnosis of ego-dystonic homosexuality. This was only removed in 1986!

At some point bloodletting went out of style.

Every one of the beliefs we no longer hold had to be challenged at some point. Every time, the establishment rejected change and it took the “rebels” time and effort to eventually succeed. Often at significant personal cost.

All change starts with an idea. In turn to advance this idea it must be communicated to others.

In 2018, apparently, we know all there is to know. According to a draft code of conduct by AHPRA, doctors need to censor what they say in public and should only express the “profession’s generally accepted views”. Just to round it out one needs to explain when your personal opinion differs.

When last I checked if you got three doctors together there was a fair chance of five opinions.

The rationale for this attack on the basic human right of doctors to freedom of thought and expression is that the “boundary between a doctors personal and public profile can be blurred”. Being a doctor is what we do, it not who we are. Each human being has many facets. Training in medicine as against law or architecture does not negate all other aspects of our existence.

Furthermore, as doctors we apparently need to “consider the effect of comments outside of work” as “trust in the profession could be undermined”. Since when are we a collective rather than individual human beings. If a doctor or lawyer or anyone else behaves in an unacceptable manner it is not a reflection on all those who happen to do the same job.

The other underpinning assumption in this, as highlighted superbly by Dr Maxine Szramka, (MR August 30) is that the public hangs on every word uttered by a doctor. Clearly as she noted, if this was the case nobody would smoke or be overweight.

Memo to AHPRA, doctors are not the governors of societal thinking.

Even ignoring this, what exactly is the medical professions opinion on a host of medical and non-medical matters. What is the best antidepressant? When exactly is arthroscopic knee surgery indicated?

Outside of medicine there are doctors in every major political party. Which one speaks for the profession? The AMA counts roughly 25% of doctors as member. Do they speak for all? When was the last time they polled members before making a statement? Which is the official religion of the medical profession? Which football code do we all endorse?

Doctors as members of society have different opinions on all matters of state. The selection process for medicine gives weight to academic performance. Doctors are amongst the more intelligent members of society. This does not make their opinions right but it certainly means they have every right to express them.

All this needs to be viewed in the context of the elevation of “offence” to being the highest crime. We must never say anything that anyone might choose to take “offence to”.  Truth is not of interest to the “right on” brigade. For example, violence and child sexual abuse in indigenous communities are not a concern but there is outrage if it is mentioned.

Woe betide a doctor with a politically incorrect view or who dares speak an unpopular truth.

This attack on doctors is an attack on society. It must be stopped before it starts.