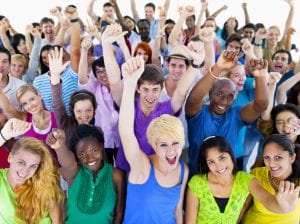 Last week I was interviewed about a new report from the Australian Institute of health and welfare. It claimed that whilst 85% of Australian’s self-described as being in good health, that infact many were fooling themselves. This was because 63% were overweight or obese and that 50% didn’t get the “right” amount of fruits and vegetables. And of course some smoked and others drank “too much”.

To the surprise of the reporter I blasted this report as being absolute rubbish. There are two main reasons for this.

There is a massive difference between the wellbeing people feel today and what may or may not happen in the future. People who smoke may well suffer consequences in the future. But that does not mean that they are not healthy today. Also we know that some smokers somehow avoid the health issues that can come from smoking.

Whilst two standard drinks per day is the “drink safe limit”, there is not any actual basis for this recommendation. People are of different shapes, sizes and metabolisms. This influences how quickly or slowly alcohol is processed and hence influences the effects on the body.

As with smoking, drinking too much over an extended period of time may lead to a number of health problems. However both the smoker and the person who drinks too much at present have the opportunity to change before their health is affected.

The big one is of course the reliance of a Body Mass Index (BMI) of 25, the cut off for overweight, as an indicator of health. It is NOT! Those with a BMI of up to 30 live as long and possibly longer than those below 25. As I have written before, every league footballer, rugby player and basket baller (to name but three) will be classified as overweight and form part of these statistics.

The figure of 63% would reduce to around 16% if those with a BMI up to 30 were not included. But public health likes to inflate figures as it enables them to convince governments about massive problems that only more funding for them can solve.

The track record of public health in combatting the “obesity epidemic” over the last quarter century is not good. In fact it has been an abject failure. In turn this has been largely due to the promotion of low fat diets as healthy.

Evidence over the last decade has shown that too much sugar (remember when fat is removed sugar is generally added) not too much fat is the problem. The food pyramid is completely wrong (it would be better turned upside down) and has led people down the wrong path. Eating too many carbohydrates stimulates too much insulin release. Done repeatedly we eventually become insulin resistant which is the first step to diabetes.

Yet dieticians, the heart foundation and others would rather criticise Paleo and low carb diets than accept the basics of human physiology.

But the time of accountability may soon be upon them. It has emerged that the sugar industry paid researchers to produce papers, which blamed fat rather than sugar as a risk factor for heart disease.

These papers have influenced health policy for 50 years. It is understandable and arguably acceptable that the sugar industry would want papers in its favour. It is not acceptable that independent researchers would accept money on the quiet to produce advertisements, which masqueraded as medical research.

This obsession with fats has also driven the over use of statins. This too is now being questioned but the empire continues to fight back. It too is in receipt of significant industry backing and refuses to release data to independent scrutiny.

I have been blogging for seven years and have written about some of the themes in this one previously. For the first time, I have the sense that change is really upon us. Those who have bravely stood up to public health dogma are about to be vindicated. More importantly we will ultimately emerge with useful advice on how to be healthy.

In the meantime to all of you who feel healthy – celebrate and do not let vested interests tell you that you are not!