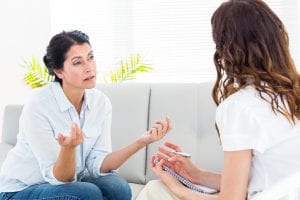 The use of antidepressants has exploded over the last 20 years. It is estimated that one in ten people in the USA is on them and as many as one in four women in their 40’s and 50’s. In Australia, the numbers are not as high but not far behind. Yet despite the increased use of these medications suicide rates have not fallen and there is nothing to suggest that mental health overall is improved.

At the same time, there has been a reluctance to question their effectiveness or to highlight their downsides. It is almost taboo to suggest that they may be over prescribed or not that effective and virtually sacrilege to suggest that many who have been prescribed them do not need them.

My interest in this area was first tweaked in 2008 when it emerged that much data about SSRI antidepressants had not been published. It emerged some years ago that when these medications were first approved published data showed a benefit in 95% of people taking them compared to placebo. However, when unpublished data was included this figure dropped to 50%. In other words, the medication was no more effective than placebo.

Irving Kirsch has written an entire book on the subject called The Emperors’ New Drugs. Essentially, he contends that the reason people feel better taking SSRI medication is because they believe they do. Thus, it is the taking of the tablet rather than the action of the tablet that elevates their mood. He debunked the entire “chemical imbalance” theory. It is important to note that it is a theory and has never actually been proven. Irish Psychiatrist Dr David Healy has also written extensively about this.

The major 2008 review found that “Drug–placebo differences in antidepressant efficacy increase as a function of baseline severity, but are relatively small even for severely depressed patients. The relationship between initial severity and antidepressant efficacy is attributable to decreased responsiveness to placebo among very severely depressed patients, rather than to increased responsiveness to medication”.

This is hardly impressive. The findings have been confirmed in 2010 and subsequently.

Despite this the medications continue to be widely prescribed. Maybe it would not matter if people were prescribed expensive placebos if there was no harm. However, there is harm in that the money used for these pills is not available for treatments that work. In addition, the medicalizing of normal human emotion (worry, grief, sadness) with the “solution” of a pill diminishes what it is to be human. It also teaches us that life problems are medical and that rather than deal with issues (e.g. relationship, financial work) we can medicate them.

New research now suggests that taking antidepressants may increase the risk of death. The authors did note that they took steps to exclude the confounding factor that those who were depressed might not live as long. After allowing for this there was still a 33% higher rate of premature death in those taking antidepressants. The review looked at 3,745,000 people.

Like all observational studies no causative factor was identified. One suggested mechanism was the impact of the drugs on serotonin and other chemicals in the brain.

Another concerning study showed a 27% increased rate of autism, anxiety and mood disorders in children where the mothers had taken antidepressants in pregnancy. This confirms similar previous findings. There is also an increased risk of certain malformations.

It is interesting that women are warned about the dangers of even one drink of alcohol (which at that level is completely harmless) yet not about this. Had the effect been found with alcohol you would have seen it on the front page.

None of this is to say that people do not feel depressed nor that they need help. They do. That help can be as simple as chatting with a friend! But whether that help should generally be a tablet which may not work much better than a placebo and which may cause other problems is not debated enough.

Neither is the problem of medicalizing life which sees people classified as having a mental health illness rather than a life issue or normal human emotion. Necessarily these later two would not be “treated” in a medical model with pharmaceuticals.

There is a role for antidepressants. However, that role is much smaller and much less profitable than its current one.