It is amazing how discoveries, which are simple, do not make big news. If a pill which reduced breast cancer by one third was released it would be big news. There would be massive demand and the company, which made it, would see profits and the share price rocket.

There is of course no pill, which does this. The same effect can be achieved, by eating less, exercising more, and having only moderate alcohol intake. Regular exercise alone leads to a halving of lifetime risk of breast cancer. Does it really matter if the way to reduce your chance of getting breast cancer by one third is by taking a tablet or doing other simple things? Apparently it does.

Whilst this finding, which came from The University of Milan, made some newswires it was hardly the front-page story that the release of a pill would be. Why is this? In my opinion there are two reasons.

Firstly we have become conditioned to look for technological solutions rather than simple ones. In the long and thus far unsuccessful “war” on cancer hundreds of billions of dollars have been spent looking for new breakthroughs. If the solution is something we sort of knew all along and is not a “breakthrough” then people tend to switch off. We also tend to think, “it can not be that simple”. When answers are obvious or right in front of us we tend to be dismissive, as we have become conditioned to look for the complex.

There is a second reason and this highlighted in some of the reaction to this. A spokesperson for a British cancer charity said their agency was very careful about issuing similar lifestyle advice. Ian Manley from Breast Cancer Care told Fox News “We would never want women to feel responsible for their breast cancer”.

How exactly does this help women? If there are things that they are doing which makes it more likely they get cancer then surely taking responsibility and doing something different would be the way to go. We are not talking force fields which mean you can not possibly get cancer but a one third reduction in risk is certainly worthwhile. Many in the health arena are paranoid about what is called “blaming the victim”. This essentially portrays anyone who has disease as an innocent bystander who is totally helpless and has been struck at random by forces completely beyond their control.

What about if we rephrase this as, “the actions of an individual lead to certain consequences”. Hence if by eating certain foods, being overweight and not exercising you have significantly increased your chances of getting cancer then those are choices you have made and cancer may be one of the consequences.

To use an analogy, if you stand in the middle of a freeway your chances of getting hit by a car are much greater than if you stand on the sidewalk. On the road the cars may avoid you and it is possible to be hit by a car, which leaves the road and hits you on the sidewalk. However you know where the odds of getting hit are greater. If you deliberately do certain things which increase your chances of getting cancer (or any disease) then it not really a random action beyond your control if that disease eventuates.

The great thing about being responsible for your health is that it puts you in charge. You can make the changes and in turn change your odds of “getting hit”. It is a no brainer to walk on the sidewalk rather than down the middle of the road. Doing regular exercise, maintaining a healthy weight, eating mainly “real” rather than processed food and moderating alcohol intake are collectively the same no brainer when it comes to breast cancer. 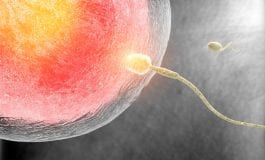 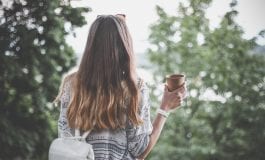