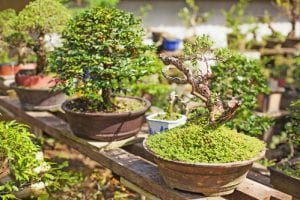 Last year I posted a guest column on the “Intellectual Yet idiot” by Nassim Nicholas Taleb, which explained the phenomenon, we see in many areas of life. Two areas where it is extremely prevalent are mental health and parenting. When it comes to the mental health of children and adolescents, the latter is of course a major factor.

A report in the Weekend West quoted clinical psychologist Judith Locke who said “parents risk stunting their children’s emotional growth if they try to solve all their problems for them”. She has written a book called the Bonsai Child, which analogises over protected children to bonsai trees. They thrive in perfect conditions but can’t adapt to difficult ones.

The problem being that life can be difficult and conditions are not always perfect.

The bonsai child is the product of the helicopter parent. This is the parent who hovers over everything the child does and seeks to micromanage as aspects of the child’s life. Not surprisingly this stiffies development.

We have had a long line of “intellectual idiots” produce volumes of advice on how to raise children. We have another set that constantly bombard parents with horror stories of danger lurking everywhere from a puddle in the street to a pet cat. Parents who let children play in the park risk being reported to authorities for child abuse because running around in the fresh air is of course dangerous in the eyes of the intellectual idiots.

You will never learn to walk if you are always carried. You cannot learn to walk without falling over. The feedback from falling helps inform the brain and body how to walk successfully. The same with applies to riding a bike.

So why have we thought that children will learn to solve their own problems if never allowed to do so. Obviously there are age appropriate considerations here. As children grow they need to be allowed to take more responsibility for their lives – and also learn that life does not always go the way you want.

Parents contacting schools to have children moved in class because they don’t like the child sitting next to them helps no one. Squabbles in the playground can generally be sorted in the playground. In most instances my “worst enemy” today will be my “best friend” tomorrow and vice versa. Adults will over interpret matters and, generally, make things worse.

Clearly there are times to intervene but this will be after the child has had a go. The ability to fail and see that life goes on helps build resilience. Giving medals for participation does not help. Neither does telling a child they have done well when they have not. There is no need to scold but no need to lie either! The truth will emerge anyway, so better now than later.

It is not surprising then that we see more “mental health” issues in teenagers. If they have not learned to cope with getting an answer wrong or coming last in a race, how will they cope with sitting an exam? They have not had to sort out friendship issues and come to terms with the fact that not everyone will like you and that relationships can end. How will they manage when their girl or boyfriend breaks up with them? There will be nothing to draw on.

American colleges are complaining that mental health services can’t cope with demand. Much of this demand comes from people who do not have a psychiatric illness but from those who have not learned to cope with the ups and downs of life.

We also see this in the notion of “safe spaces” and “trigger warnings”. A generation has been raised without the ability to hear a point of view they disagree with or even to hear a point of view that is new to them. Once upon a time Universities were places where the mind was challenged. Today they are places where “snowflakes” need their minds protected from any challenge to their own worldview.

This is, of course, the end result of the helicopter parenting which produces bonsai children who grow up to be snowflakes. How did we get here? It comes from having ignored eons of common sense, and following the advice of intellectual idiots.