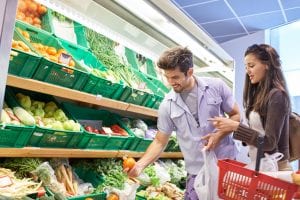 The latest bad guy to be demonized by public health is sugar. We are told that sugar is now the problem in our diets. The solutions from public health are the same tired old nanny state ideas including a sugar tax, banning of advertising and other government mandated interventions.

It is interesting how we don’t hear much about fats any more. There has not been any acknowledgment that advice to eat low fat food and follow a low fat diet was wrong. There has been no apology for the fact that this advice has lead to a spectacular increase in rates of obesity and type two diabetes.

We simply have moved on to the next thing to blame. Sugar (like sitting) is being called the next smoking. This shows the binary (“four legs good, two legs bad) type thinking of those in public health. When applied to smoking they got away with it as smoking is not good for us, and quitting is the solution. That said e-cigarettes are proving an excellent middle ground for those who can’t quit. Of course those with binary thinking reject it.

Let me be clear on one thing. Too much sugar in the diet is a problem. Low fat foods, which are full of sugar, are to be avoided.

It has emerged recently that the sugar industry paid money to public health researchers at Harvard in the 1960’s to emphasize the problems of fat in the diet and downplay that of sugar. At the time debate was actually raging as to which was the bigger problem. Those in the fats are bad camp prevailed. Getting supposedly “independent” public health people on board would have helped.

However, blaming sugar for all our woes is NOT the answer. Nina Teicholz wrote an excellent op-ed piece in the LA Times noting that all carbohydrate and vegetable oil industries benefited from the belief that animal and saturated fats were bad.

In fact sugar consumption has declined in the USA. Consumption of flour and cereal products rose by 41% and corn (remember high fructose corn syrup is used in place of sugar in many foods) product consumption by 183%.

As consumption of butter and lard slumped, vegetable oil consumption increased 91% and of course artificial sweeteners also rose. Teicholz writes about how the vegetable oil industry provided funding to cardiologists who were active in the Heart Foundation. It has also emerged that Pepsi and Coke are donating significant amounts to public health charities including the Heart Foundation and Diabetes Associations in America.

It is fair to say that many of these researchers were not “bought” in the sense that they believed what they were saying. This is the successful tactic of the pharmaceutical industry. Find like-minded doctors and then promote them to be key opinion leaders.

But the message is seen as independent and when governments get drawn in, believing that experts know what they are talking about, we have real problems. The end result has been dietary guidelines, which have been bad for our health.

Making sugar the next smoking is nonsense. At least with sugar we know where it is. We can choose to eat less of it. Nobody regards sugar as “healthy”. It is a treat. And it is OK to have sweet treats from time to time.

The real problem is refined carbohydrates that are not sweet and hence not seen as the same as “sugar” but which in terms of their effect on our bodies they are the same. This includes five star breakfast cereals and a wide range of processed and low fat foods, which are not necessarily sweet.

By now you may be shaking your head and wondering how to navigate this mess. It is simple. Eat real food, foods which do not have labels, foods, which till recently were growing somewhere or moving around. Drink mainly water.

You can then safely ignore the latest villain of the decade show from public health.