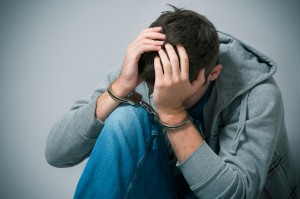 Fire is something, which if used correctly enhances our lives by keeping us warm and cooking our food. Uncontrolled it can burn the house or destroy wide areas. Hence fire is not intrinsically a good or bad thing.

It is also not avoidable or entirely controllable. The cycle of growth of vegetation and fire destroying it to enable renewal is as old as the planet. Yet governments seem to have the same mentality as King Canute who believed he could stop the tide when they believe they can stop fire.

A major fire recently occurred in a council (which like many) bans back burning of fuel load. This is because it “ sustains natural habitats with fragile ecosystems”.

Guess what? The end result of this muddle headed thinking is a major fire, which destroys not only what was supposed to be protected but a much wider area and property, as well.

In short they bring about exactly what they sought to prevent.

This same concept applies to many things in life. The one that has raised its head again is alcohol. Before continuing I have a confession to make, which is, I enjoy a glass of wine. The operative word here being a glass not a bottle. Recently we had the good fortune to be in the Margaret River region of WA, which reminded me, what a civilizing effect wine can have.

Other people enjoy a beer or whiskey and they too have cultures behind them.

Sadly there are those who consume too much alcohol and this is the cause of many problems in health but also in relationships and in the community. In both WA and NSW the issues of alcohol has been in the government’s sights. This in turn is fuelled by violent acts.

Assaulting another person is wrong. It makes no difference whether you are sober, drunk or under in the influence of drugs. And therein lies the rub. Regardless of the persons condition they have committed a crime and need to be held responsible. The use of substances neither worsens nor diminishes the severity of what has been done.

But the response of governments to this problem is much like keeping the whole class behind if one child has misbehaved. Essentially the approach of governments is to make the substance the problem.

The best example of how prohibition fails was seen in 1920’s USA. Not only did alcohol consumption not go down, it increased and a criminal element made millions. Today by closing bars earlier it is unlikely to have any major effect on those who want to get drunk.

The key point is that by making a substance, rather than behaviour the issue two problems occur. Firstly people who act responsibly are penalized. But more importantly the key cause of violence, which is how people control their anger and emotion, is ignored.

And as with all things in life, if we do not address the real problem, we are not going to solve it.

Hence it was with considerable interest that I saw that a local school had reintroduced “contact” sports like British Bulldog into the playground. A school in New Zealand did the same thing as part of a university study. What they found was that removing cotton wool and letting children fall over and bump into each other was very positive. They learned to understand force. They learned that falling over is OK. They learned to control their emotions.

Fast forward some years and these children when grown will be far less likely to start lashing out if someone bumps into them in a bar or the street. The current generation who has suffered “politically correct” non-touch education can interpret someone bumping into them as a major insult and then become violent. This is what we see in pubs and clubs when minor incidents escalate.

Parents who lack the ability to say no compound this. Sometimes the first person to say no to the behaviour of a teenager will be a policeman.

By wrapping children in cotton wool to “protect them” we expose them to the real danger of not being able to manage risk. As in the fire example wrong headed thinking creates exactly what it seeks to prevent.

So rather than “bans” what we need is for people to be held accountable for their actions. If you have assaulted someone it is your responsibility! And we need to help children learn to manage their emotions (especially anger) and deal with it in an appropriate manner. The “back to the future” schoolyards are an excellent start.

When this happens we will see a drop in violence.