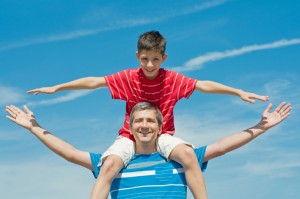 I read an interesting article by writer Brendan O’Neill about trust. Essentially he made the point that in the UK, officialdom had fostered a climate of mistrust. “The institutions and organisations which crow most loudly about a crisis of trust are the same institutions and organisations that actively stir up mistrust across modern society” he writes.

He then gives examples in health, education, aged care and of course politics. Whilst writing about the UK, I think it applies in other countries too, including Australia. There are constant warnings about danger and how we cannot trust anyone we have dealings with (unless the government has cleared them).

Everything is supposed to be cleared or accredited by some officious agency so that mere mortals can live safely. The assumption being that we plebs lack the capacity to make our own judgments.

As O’Neill   says “The central problem today is that we, the public – everyday people are under extreme pressure not to trust ourselves. We are encouraged by a misanthropic climate of mistrust not to trust our instincts, our parenting styles, our attitudes to others, nothing”.

And of course we cannot be trusted to decide what to eat unless told by some expert. The cholesterol story is unraveling at present. Yet when challenged on a TV program about the lack of science behind low cholesterol diets the response was “well we have to have something to tell people.

Why precisely do people have to be told something?

Humans have managed for thousands of years eating what was seasonal and what their “guts” told them to eat. We don’t actually need experts to tell us what to eat. And that goes double when the advice they give is plain wrong.

Our children are taught to be scared of everyone from a young age. Despite the fact that over 90% of child abuse comes from persons known to the child, “stranger danger” has been pushed leading to a distrust of all. This backfires when a child lost in the bush hides from rescuers who are perceived as “strangers”. And further backfires when as teenagers and even adults they lack the skills to go out into the world and deal with other people.

At a time when people have never lived longer or better and crime is steadily falling we are fed a constant diet of scaremongering. Abuse is rampant and no one is safe.

Our sense of community and connection is undermined by a culture of trust nobody. O’Neill adds that in the short term this benefits the victim industry, public health zealots and politicians who present themselves as the only ones who can be trusted. Yet after an initial burst they too fall prey to the culture they create.

Ultimately the best person to judge any situation is the person confronted with it. In turn any decision will be made based on their experience, knowledge and gut feeling. Our intuition is stronger than any regulation or protocol and is far, far more likely to be correct.

And whilst nobody gets everything right, mistakes are OK. In fact unless we make mistakes we never learn.

So rather than placing trust in “officials” and “authority” place trust in yourself. Instill this notion into your children to prepare them for the real world.

When it comes to trust, trust yourself. 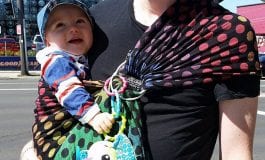 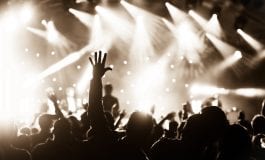