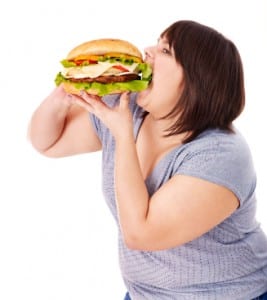 Regular readers will recall the case a few months ago where a man successfully sued his doctor for not referring him for gastric surgery. I am very pleased to say that this was overturned on appeal.

There was never any suggestion that the man had not been advised to lose weight or had not been given information about how to do this. It was apparent that he had not done so. The court of appeal accepted that a doctor “may be obliged … to advise that weight loss is necessary to protect health and discuss the means by which that may be achieved” the doctor did not have “any obligation or even power to do more than that”.

In other words the original judgment held that the doctor could somehow put their head on someone else’s shoulders. Interestingly it also came out in the appeal that the man in question had in fact previously been referred to an obesity clinic and had not acted on it. The court thus found that even when a referral had been given there was nothing to suggest that the man would have acted on it.

His case remains a sad one. His lawyers are considering further appeal arguing, “justice” had not been served.

“Justice” is only done when my actions can be blamed on someone or something.

There is a tendency to assume that if I have an outcome that I do not like then someone else must be at fault and that it is has nothing to do with me. This victim mentality is encouraged by the victim industry whose “jobs” depend on a steady stream of victims. It is also encouraged by governments, which like to pretend that people can be somehow protected from the consequences of their actions.

Here is a reality check. If I eat too much and end up significantly overweight it is my actions that have caused this. In turn any consequences are my responsibility. This is not to say that some circumstances are not sad or that people may act differently if they had their time again.

Sad or not neither the choices nor consequences can be put onto anyone else.

To be blunt I have had a gutful of the “society is to blame” mentality pushed by victim industry rent seekers, who seek to profit from victimhood. They dis-empower people and make them less likely to improve their lot. Why? It is because the only person who can make changes in their life is the individual. Blaming others achieves absolutely nothing and distracts from what needs to be done.  It keeps people down. It is wrong.