In the previous blog I wrote about problems with long term use of medications particularly those used for lifestyle related conditions. It looks like The American Medical association agrees with me. The association’s Archives of Internal Medicine Journal has highlighted the often unpublicized downside of tests and treatments in a recent edition.

In an editorial titled “Less is more: How Less Health Care Can Result In Better Health” the spotlight has been turned on how extra tests and un necessary treatments not only do not help but can cause significant harm. The fractures and diarrheal illnesses associated with long-term proton pump inhibitors (used for heartburn) were one of the cases highlighted. According to Dr Deborah Grady of the University of California, San Francisco “There just seems to be this assumption that the more health care you get, the better”.

This is an incredibly important issue. The Archives Journal will have a regular “Less is More” feature looking at where treatments have expanded to the point where harm outweighs benefit. Doctors and patients have become conditioned to the notion that if tests are good, more are better and that pills are the answer for just about everything. Yet there is never such a thing as a free lunch. All pills have side effects. These can be justified when the benefits outweigh the risks and when no other treatment is available. When simple changes in lifestyle will have the same effect though they cannot be justified. The issue of cost is a whole other component of this.

Tests are also seen as wonderful because of their capacity to find “unexpected” serious illness such as cancer. Tests are fallible though and many people go through further tests and even surgery because of a finding in a test which may in fact be meaningless but “once found must be acted on”. Mass screenings add to this problem. Issues with PSA testing led the tests inventor to describe PSA testing for cancer as being like flipping a coin. The benefits of mammography screening have been significantly overstated.

So what drives the test and pop agenda? There are two main drivers. One is litigation and the use of defensive medicine. Ordering unnecessary tests on 1000 people will not get a doctor sued, regardless the cost and inconvenience but the one person where a diagnosis is missed may well sue. The other is commercial and vested interest.

Obviously the pharmaceutical industry has a legitimate interest in selling its products and is clever at marketing. It also drives a lot of research. If a study is done looking for a use for a drug there is a fair chance it will be found. Extending the number of people classified as needing treatment (for example by lowering cholesterol target levels) boosts sales.

Whole industries have sprung up behind screening too. Those involved in the mammography business dismiss any criticism of mammography, as an attack on women, usually. Unnecessary surgery on breasts is not seen in the same light.

There is no point saying that there is an across the board clear cut answer. And herein lies the real issue. One size fits all models do not fit all. Attempts to screen or treat everyone the same has led to this problem. Over emphasis on guidelines and protocols stop doctors (and patients) considering the individual circumstances of each case. Well meaning scare campaigns convert everyday bodily functions into danger signs of cancer leading to a race to exclude what was never there.

The answer then is in fact simple. Focus on being healthy rather than enter the obstacle course of avoiding disease. Have faith in your own body and what it is telling you. It knows more than most tests. Ask your doctor about the downside of tests and side effects of medications. Take the non-pharmaceutical option first. Do not buy into scare campaigns or disease mongering. 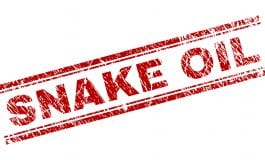