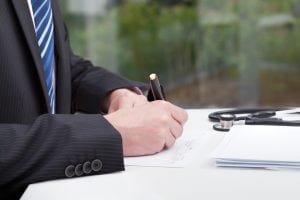 Many years ago, I did a share trading course based on the work of W.D. Gann reputed to be the most successful Wall Street trader ever. His approach was to study past cycles to predict future ones. He contended that like crops and the seasons, everything in the universe has a repeating cycle.

For the record, I have not made a fortune as a trader. However, I find his concept of history repeating in cycles, applies where you least expect it – including general practice.

The latest evidence of this is the review of care plans. Like the PIP, accreditation, divisions, and most recently after hours care, a cycle repeats itself. It begins with government unilaterally introducing change sought neither by GPs or patients. Initially GPs are wary and few sign up. To address this government introduces incentives to make it more appealing. A trickle of GPs becomes a flood and ultimately the budget blows out. At this point in the cycle government clamps down to reign in the spending.

The changes to afterhours care in 2012 were designed to increase the number of visits. It worked so well that last year changes were made to reduce the number. And of course, GPs were blamed.

GPs have been caring for patients since the days of Hippocrates. There is always a management plan. It is done with the patient. They are not documented to civil service standards.

When care plan items were introduced in the early 2000’s many GPs refused to do them. The trickle became the flood and now government wants to reign in expenditure.

Let’s be very clear. Care plans of themselves do not alter or improve clinical outcomes. They are a bureaucratic tool to document what GPs have always done. They are a bureaucratic requirement for access to certain allied health services. They served as a roundabout way of providing more dollars for general practice without increasing the rebates for consultation items.

The current thought bubble is to set a 40 minute minimum. To do a care plan on someone you have never seen (which is not supposed to happen) should take at least 40 minutes. However, the vast majority are done on established patients where the GP has considerable “corporate knowledge “of the patient even if not everything has been recorded. In this scenario, time borders on irrelevant. Some may take 40 minutes or more due to poor control or need for significant change. Others may genuinely need only 15 minutes as realistically all that is being done is the ticking of boxes for what is already happening.

And therein lies the real problem – the culture clash of government which is focussed on process, regardless of outcome, and general practice which is focussed on outcome and not fussed on process. Furthermore, GPs know that no two people are identical and thus identical process will never lead to identical outcomes. GPs understand that in the real world people have conflicting priorities and health is not always the top one. Patients do not conform to a one-size fits all tick box model or take orders from on high.

The agenda here is not about care plans or “quality care”. It is about saving money.  In contrast, IVF treatments are spared a cost benefit approach. Thus, we can expect the end result to be some reduction in payment. Governments (of either persuasion) know that GPs will continue to do their best for their patients regardless and thus know that despite some bleating we are price takers.

The other underlying issue is that since 2008 Australia has massive debt but spends like the proverbial drunken sailor. For as long as “bulk billing rates” are the only indicator of the success of Medicare, governments will continue to promise “free” (at the user interface – paid by the taxpayer) GP visits but be unable to properly pay for them.

If we understand that, we might find a solution.

One has been floated by College President Dr Harry Nespolon – a co-payment at the point of service. This exists in every other form of insurance including private health and would enable GPs to receive proper remuneration, governments to control outlays and patients to contribute a fair amount. Care plan items are then irrelevant

Before care plans, currently and in the future when they disappear, care for patients continues. Only  paperwork requirements change.

Health care homes are starting the cycle. I know what Gann would predict.