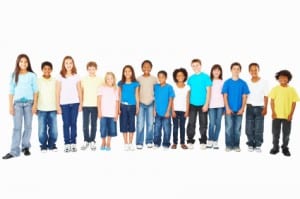 The recent riots in the UK together with calls in Australia for more police powers to deal with bad behaviour by groups of young people call into question, what is going on in society? It is typical for older generations to see younger ones as troublesome and their own youth as pristine. It is hence important to note two things. One is that a relatively small number of teenagers cause trouble and two is that “trouble” is not new.

That said there has been a breakdown in respect and trust in many western countries. This has coincided with the rise of what is called moral relativism where nothing is right or wrong, there are just different opinions and the rise of rights without responsibilities. An army of social engineers promotes the latter idea.

In turn an army of experts is looking for the reason and the solution. Much violence and anti-social behaviour is fuelled by alcohol and drug use and the combination of the two. So experts call for tougher penalties for drug use and tighter restrictions on alcohol. The drinking age in Australia is 18 but children as young as 12 are known to binge drink.

There are calls for a rise in the legal drinking age. How exactly raising the legal age to 21 will stop 12 year olds from drinking is a mystery to me. It is already “illegal” at 12 when the cut off is 18! All sorts of other convoluted suggestions will be put up and all will avoid the real problem.

The problem is never the substance but the way some people choose to use it. In turn the logical question is why do some teenagers drink excessively and cause trouble but others do not?

One reason is simply not getting enough sleep!

A large British study provides an answer but do not expect it to get much airplay or to be promoted by public health advocates. Why? Because this study shows that teenage drinking is most influenced by… parenting.

It has nothing to do with advertising, legal drinking age or the number of shops selling alcohol. It is about how children are raised and that some methods are going to be more effective than others. This will offend the sensibilities of the politically correct brigade to whom everything is someone else’s or societies fault. Furthermore it does not lend itself to government programs or legislation.

If there is a role for government it is to re-establish the links between rights and responsibilities. Teachers and parents in the UK lament that attempts to enforce basic discipline on some children is met with a threat to report them for child abuse to authorities who will automatically assume the child is correct.

Giving genuine support to parents and teachers on the ground, that seek to instill decent values (yes I said it – values) into children rather then impeding them is something governments could do.

There are two more aspects to this. Children mimic the behaviours that they see and especially that of their parents – rightly or wrongly. The behaviour of some adults can at times leave a lot to be desired. This is often on show at junior sports where boorish behaviour has become so common that reasonable people are reluctant to stand up to it. If children see adults treat others without respect there is a fair chance they will mimic this in some way shape or form.

The other is the loss of community and helping others. This is another area where government is part of the problem not the solution. As Paul Sheehan wrote on smh.com.au  “the greatest blocking agent of community volunteerism and its untapped potential is the ever-accumulating red tape and legalisation of our society, feeding a bureaucratic class grown so large that society strains beneath its weight, cost and self-interest.”

The explosion in bureaucrats who are paid to tell other people how to live their lives and who feel they know best has been a major contributor to the prime issue underpinning all of this – the lack of individual responsibility for ones actions. These same bureaucrats love to tell people how society is to blame for any woes and that all will be well if they just had more “funding”.

There is a solution.

We need to reinstate basic simple values and be prepared to say when something or someone is wrong. We also need a reinstatement of people being held accountable for the actions they take.