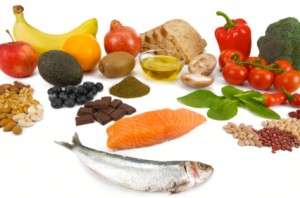 Recent “new” research has shown that 80% of heart attacks in males and 54% of strokes in women could be avoided. To do so requires people to do regular exercise, follow a healthy diet (with fruits, vegetables, fish, legumes, nuts, and not too much meat and dairy), not to smoke and have but a moderate alcohol intake.

Whilst the study groups were gender specific, I have no doubt that the findings apply to everyone. And as a bonus we also know that these measures lower by at least 50% ones chances of getting cancer.

As usual these findings were not seen on any front page.

It could be said we already know this.

With expert timing then comes Harvard Professor David Katz starting a campaign to “use what we already know”. Prof. Katz makes the telling point that with the knowledge we already have we could reduce the chronic disease burden by some 80%. In addition to heart disease, stroke and cancer we are also including high blood pressure, Type two diabetes and osteoarthritis.

There is no guarantee that by following simple lifestyle measures that we can never get any of these conditions but we do know that our chances can be significantly reduced.

So what happens in the world of healthcare? More research is done to see whether 23 or 27 minutes of exercise is best. Research is done to see whether cardiovascular or resistance exercise is better for memory. People argue the minutiae and think that banning an Opera (see “Cigarette? Yes I know!) will somehow improve the health of the population.

As Katz observes it is the equivalent of the fire brigade being called to a burning house and arguing over which size hose to use whilst the house burns down. Rather than being used to more actively disseminate useful information, money is diverted into more research – much of it useless.

To quote Katz “Let us not subordinate the tried and true to the new and titillating”. He concludes, “Knowing more is always good. Bring on the next Nobel Prize! But we know enough to do an astonishing amount of good right now; good we would all see and feel. Good we squander every day.”

There are parallels with education. Addressing a Education Conference in October, parliamentary secretary for education Scott Ryan (as reported in The Australian) said;  “Put simply, more money does not equal better results”.

He added the key to better outcomes was improving teaching quality yet observed, “the public debate has tended to concentrate on proxies for quality such as spending levels, class sizes and teacher student ratios”.

The same applies in health where we use proxy measures like cholesterol levels or weight rather than life expectancy or quality of life. It is a little known fact that there is no correlation between expenditure on health and life expectancy in OECD countries.

Professor John Hattie told the same conference that education policy had been dominated for too long by ideology, self interest, simplistic sloganeering and unrelenting demands for funding.

Substitute the word “health” for “education” in the paragraph above and it fits perfectly.

The constant bleating for “funding” and “urgent action” to prevent a “calamity” are like the boy who cried wolf – on steroids. It is self-interest as guess who gets “funded”? Those screaming wolf.

And we have ideology like “low fat being healthy” which is wrong but defended with religious zeal by its supporters despite clear science to disprove it.