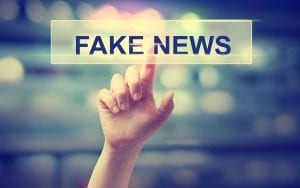 Fairly quietly the effectiveness of this year’s flu vaccine in different ages groups has been released. Previously, Australis’s chief medical officer Professor Brendan Murphy, said this season’s vaccine, selected by the WHO, gave “moderate to good” coverage of the viruses, but it had not been as effective as previous years. The reasons were still unclear.

This may be an understatement. The figures released by the WHO Flu Collaborating Centre show effectiveness at an overall 33%. For children under 15 it was 10% and for those over 65(the key target) it was 3%. This is similar to the UK figure of 6.3%.

Given the nature of influenza this is not surprising. Next year may be better. The problem is not that the flu vax is hit and miss. We can live with that. The problem is the way it is marketed. The impression given to the public is that a flu shot will stop you getting the flu and is your best defence against it.

This year there was a higher than usual number of deaths in those who were vaccinated. The call went out for more for government to pay for everyone to get a shot. Mandatory flu vaccination for aged care workers was floated. In the USA, some institutions already mandate it. Four times more doses are delivered now than 20 years ago.

Yet this is evidently having little effect. Quietly, Australian infectious diseases specialists have called for more focus on basic hygiene and less emphasis on vaccination because as quoted on Six Minutes ;“Vaccination seems to have been less effective recently, especially against the predominant viruses in circulation (influenza A(H3) and B strains), with little or no protection in elderly patients against H3 last winter in the UK and elsewhere,” wrote Professor Chris Del Mar, a professor of public health at Bond University and Dr Peter Collignon, from Canberra Hospital.

Writing on the BMJ they suggest hand washing and face masks should be promoted as much as vaccination. One small problem with this strategy – there is no money in it for anyone!

Flu vaccine is a profitable business for manufacturers, wholesalers, pharmacists and doctors. Encouraging more and more people to have one is profitable!

Put simply, the “dirty little secret” is that the flu vaccination doesn’t do that much. If you get a polio vaccine your chances of getting polio are next to zero. Likewise, with tetanus. But despite being a vaccine and therefore above criticism (because any questioning immediately makes you “anti vax”) the flu shot simply doesn’t do as much as is claimed. It does a bit but not a lot!

Yet each year people are told that it is vital they get it. Maybe it is time for some truth in medicine. Claims you will get protection from the killer flu are not far off being fake news.

And whilst on the subject of fake news, the WHO fresh from its debacle of appointing and then cancelling the appointment of Robert Mugabe as a health ambassador, is facing allegations of twisting research to fit its own agenda. Clams that coffee, mobile phones and various meats, bacon, in particular cause cancer have appeared in monographs from The International Agency for research on cancer (IRAC) which is part of the WHO.

Senior congressman in the USA have asked questions and a Reuters investigation found potential irregularities in the preparation of reports. By coincidence (perhaps) IRAC is searching for a new director.

And as we know the claims about the health benefits of eating whole grains and avoiding saturated fats continue to be pushed by the WHO despite being conclusively shown to not only not benefit health but be deleterious.

On the plus side, it has never previously been the case that so much misinformation has come to light. It is almost as if someone or something has turned on a light in the closet and suddenly we can see what was always there but which was hidden by the darkness.

Expect more fake health news to be exposed and more edifices to crumble.