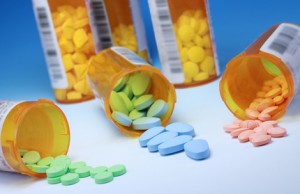 The quit smoking drug Bupropion (Zyban) has been linked to high blood pressure and “adverse” cardiovascular events. And Vareniciline( Champix), also used in smoking cessation, has again been found to be the drug most commonly associated with suicide and homicidal thoughts.

There is no pharmaceutical agent, which does not have potential side effects. Not everyone who takes a drug will experience side effects. Most side effects are not serious and some settle after being on the drug for a while. Some are serious and require the drug to be stopped immediately.

When too many of us take too many drugs, there are consequences. These are both economic and human.

Figures from the USA show that almost one in two Americans take at least one prescription drug per month, an increase of 10% over ten years. A staggering one in five children 11 years and younger were in the same boat.

The fundamental question that never gets asked is whether the best way to manage a problem is with medication? The second question which also is rarely asked is what other consequences might occur if medications are used?

In 2010 the diabetes drug Rosiglitazone (Avandia) was withdrawn from sale in Europe and severe restrictions placed on its use in the USA. A report in the British Medical Journal (BMJ) had earlier called for the drugs withdrawal and questioned whether its use should ever have been approved.

It had been shown to lead to an increase in rates of heart attack and strokes.

John Yudkin of University College London said in the BMJ “We need to be absolutely certain that our long term treatments for Type 2 diabetes are not causing the very harm they are meant to prevent”.

Type 2 diabetes comes about predominantly from people eating too much processed and sugary foods, being obese and not exercising. Logic would dictate that the primary treatments would be correcting what led to the problem. Some people may still end up needing drugs but it would be far fewer.

Much is made of the fact that pharmaceuticals are tested before being released. Trials are done to assess whether the drugs work and to assess the side effect profile. Many drugs never make it to market because in the trial process either they are not found to do much or there are significant other problems, which outweigh their benefit.

This process is useful but it has limitations.

Trials are conducted on relatively small numbers of patients for a relatively short period of time. At tops it may be a few thousand people and often for less than two years. Uncommon problems or those, taking years to show up would not be detected in trials.

When the drugs are used by millions of people for many years’ new problems may emerge. An effect, which occurs one in every 100,000 people, may not be seen in a trial of 5000 but there may be 20 by the time 2 million people have used it. Effects, which take ten years to show up, will not be seen for at least that time.

So after 20 years of statin use, for lowering cholesterol, we are seeing that there are increased rates of liver dysfunction, kidney failure, cataracts and myopathy (muscle damage) in those taking the medication long term.. The increase may be as high as eight fold. These figures come from studying 2 million people over a six-year period. The findings were published in the British Medical Journal.

Put simply, we do not always know the long-term safety of drugs when they are released.

We need to understand that reliance on drugs for lifestyle related conditions is not a free lunch.

None of this is to say that there is not a role for drugs. The solution is to use drugs judiciously and not as a replacement for being responsible for how we live our lives.

Just “popping a pill” may seem an easy option but in reality may not be.