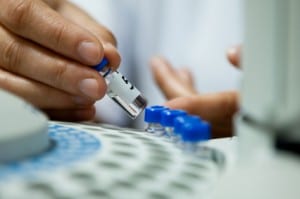 There is an old adage which says never let the facts get in the way of a good story. You might think that a scientific pursuit such as medicine would be immune to this type of approach.

This is not the case. One of the original studies, which concluded that fats in the diet contributed to heart disease, was based on around 400 people. The fact that there were more deaths in the low fat diet group was conveniently ignored. When Ancel Keyes published his work linking cholesterol to heart disease he left out countries where the results detracted from his theory.

Today there is supposed to be more transparency. Any trial, which seeks publication, must register before it is commenced. This was meant to stop the non-publication if a trial where the result was not what was wanted. This is fine but who is going to search arcane websites for studies, which have not been published. Even the existence of a site dedicated to studies which produce a “negative” result requires the study to be published.

But the bigger problem is with published trials which are subsequently found to be wrong but whose influence continues. John Ioannidis of Stanford University found that close to 90% of medical studies were wrong. That might be fine – we can all learn from mistakes. But some 41% of major trials, which significantly influenced clinical practice, were wrong. And this ignores the number of biased trials.

The American Statistical Association is so concerned about the lack of reproducibility of papers (not just medical) that rely on statistical analysis that it has published six principals of using a common statistical tool (the “p” value).

This manifests in many ways.

Documents from a court case in the USA about the safety of an anti-coagulant drug claim that a Medical Journal was mislead due to data being omitted. The drug has sales of $2 Billion per year in the USA alone.

Furthermore the “treating to target” so loved by bureaucrats with no medical knowledge and public health chiefs in ivory towers has been found to have no benefit in people with type two diabetes. According to Med Page Today “Getting physicians to focus on patient’s medication adherence may result in more patients taking their medicines, but does not necessarily lead to better health outcomes”.

Thirty new drugs for type two diabetes were approved in the ten years to 2013. All lowered blood sugars and improved diabetes “markers”. None have improved life expectancy or improved health outcomes such as reducing heart attack or stroke. Remember too that the threshold to diagnose this condition has also been lowered thus increasing the potential market size for medication.

These reports get little coverage as they go against the status quo. Meanwhile a study that confirms current bias gets a big run. The study, which claimed a Paleo type diet increased weight and was not suitable for those with diabetes, was of course lauded. A total of nine (yes nine) mice were studied for eight weeks to reach this conclusion. I will leave you to draw your own.

The real problem we face is that medicine has many opinions and precious few facts but that those opinions are generally presented as facts. There is little certainty in medical practice but it has been presented as being “scientific” (whatever that means) when in most instances it is not.

That is fine. We can only ever do as best we can with the knowledge we have. But when new knowledge becomes available it needs to be acted on even if it contradicts people’s opinions.

It is time for more honesty and transparency in medicine. This needs to start with an open admission that we know far less than is claimed and that next to nothing is certain.