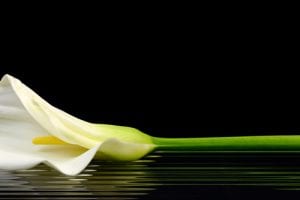 In the famous song “American Pie” by Don MacLean there is a line in the chorus about the day the music died. This is a reference to the plane crash in which rock legends Buddy Holly, Ritchie Valens and The Big Bopper died.

Last Friday (March 10) could be described as the day the laughter died with the sudden death of cartoonist, artist and satirist Bill Leak at the age of 61. Leak’s cartoons were in the best tradition of editorial cartoonists. He could sum up the issue of the day in a cartoon. Sometimes no words were needed. As the old adage says – a picture is worth a thousand words. Politicians on both sides of the fence, many of whom were satirized at times lined up to pay tribute.

When my daughter was studying history last year, it was part of the course to examine and interpret cartoons dating back as far as World war one. The tradition of cartoons may well date to ancient times.

But in the 21st century we have a problem. People are far more interested in taking offence than having a laugh. And even worse than that – they want to take offence on behalf of others.

The threats to free expression are not inconsiderable. The tragic massacre of cartoonist at Charlie Hebdo in 2015 brought out much hand wringing. Politicians doing selfies holding a “Je Suis Charlie” motif multiplied. Yet back in the real world, Bill Leak had to move to an undisclosed location under protection after Islamic terrorist threats were made against him.

The pen remains mightier than the sword.

But what, when the pen comes up against pen pushers in massive bureaucracies who have no accountability and get massive taxpayer funded salaries.

From reading tributes by those who knew Leak well, it appears that the terror threat did not worry him too much. What had affected him was the appalling harassment by the Human Rights Commission for, wait for it, doing his job and drawing a cartoon, which highlighted a genuine problem in society. One of the highly paid bureaucrats at this Orwellian organization took it upon himself to “tout” for complaints on social media. Naturally he got some.

They were soon withdrawn, but not before legal letters went out calling on Leak to explain his cartoon. Excuse me? Explain a carton to faceless bureaucrats?

Even after the complaints were withdrawn the head of the Commission pursued the matter. She has been caught out on multiple occasions being (at best) vague with the truth.

Laughter is healthy. It lower blood pressure, slows the heart rate, reduces production of stress hormones and promotes the release of our happy hormones. We feel good when we laugh. We do not feel good when we are outraged.

Many did not like his cartoons. Fine. Don’t buy the paper in which they appear or if you do and you disagree write a letter to the editor. As Lewis Beale wrote in Time magazine last year “No one says you have to like the joke. Just don’t silence the jokester”.

Many factors contribute to heart attacks and stress is not the only one. Apparently Leak had been a smoker. However that a man who won multiple awards for his work and was at the absolute top of his game, could be hounded relentlessly for no reason by unaccountable highly (taxpayer) paid goons is tragic.

When our” feelings are hurt” we go running like a three year old to a parent in the form of a 1984 style government department. We have lost the ability to “suck it up” and show even the tiniest bit of resilience.

The notion that sticks and stones may break my bones but names will never hurt me has been forgotten.

Bill Leak was a hero to me. He fought with his pen for freedom for all of us. He fought against the PC brigade at considerable personal cost. His loss is a great one and my heart goes out to his family and countless friends.

Hopefully it will not be in vein if the fight to abolish 18C is won and ultimately the scourge of political correctness is defeated.

Then, once again, we will be able to speak freely and laugh out loud.