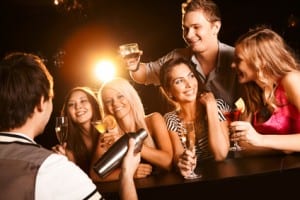 Lets start with something that is obvious. Drinking too much is not good for your health in either the short or long term. However, that does not mean that all the myths about alcohol are true. And neither are the solutions.

One of the terms bandied around is that of “alcohol fueled violence”. This comes up whenever there is violence in nightlife areas or in Emergency Departments.

People are not drinking more than in the 1970’s. In fact per capita we are drinking less.

The violence we see these days is actually fuelled by methamphetamines! If alcohol is like petrol then amphetamine is like a spark. Alcohol may make you disinhibited but a drunk is uncoordinated. When throwing a punch, one is just as likely to miss and fall over. And alcohol dulls the senses. Ultimately one passes out.

But combine alcohol with amphetamines and you have a drunk who is wide-awake and who is hypersensitive to any perceived slight. Someone on amphetamines who throws a punch is likely to connect and do so with strength. And they are more likely to get violent, not because of alcohol, but because of amphetamines.

So why all the fuss about alcohol? It suits the purposes of the health lobby and to a degree the police to blame alcohol as it can then be deflected as being due to advertising or the opening hours of licensed premises. These are perceived as being controllable and suitable for “government action”. If they admit that the problem is amphetamines then they have no solution, as amphetamines are not advertised and are already illegal!

But the first step to finding a solution is to acknowledge the real problem.

There are two other aspects of alcohol use worth raising. First at this time of year we have school leavers week and hot on its heels Christmas functions, Christmas itself and New Year. Much effort is directed towards stopping underage drinking at leavers and excess drinking in general at the festive season.

Whist this is reasonable, it is important to give teens, and indeed everyone some wriggle room. So long as you are not driving, if you have one too many at Christmas it is not the end of the world.

What is now happening with teens is that they are turning to ecstasy and other pills, as they are easier to smuggle and hide. This is hardly a win.

To be blunt I would rather teenagers get drunk than high.

Second is major new research showing that 90% of those who drink too much are not alcoholics – they simply drink too much. In turn this makes the solution simple. They need to drink less.

This point cannot be emphasized enough. The solution to 90% of excess drinking is simply to decide to drink less!

The key point here is that people are capable of doing this and in 90% of cases are NOT addicted. Again this means no need for government action or funding of programs. It just means getting the message out to people that they have the power to control their drinking if they want to.

If we correctly diagnose the problem, and apply the right remedy we can achieve quite a lot in health. 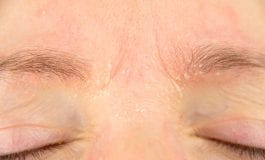