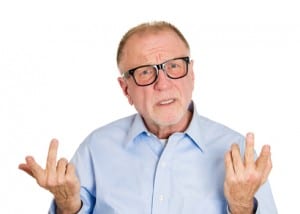 There is a major problem with medical research. And this is apart from ghost writing, dubious analysis, suppression of negative findings and conflicts of interest. The biggest problem is that much medical research is meaningless rubbish!

How can I say that? Well let’s consider some of the breakthroughs in the last week or so.

The latest findings are; that short stature is associated with heart disease, that being overweight in middle age reduces the risk of Alzheimer’s and that living at higher altitude is linked to lower rates of ADHD but higher rates of depression and suicide.

What can we make of this? Heart disease has numerous contributing factors. The height of an individual has no impact on any of these. Maybe taller people are more likely to exercise. But this has not been shown. Maybe there are some genetic connections between stature and heart disease. This has also not been shown.

All that was found was a statistical correlation.

The same applies to the dementia and ADHD studies. If you crunch enough numbers you can come up with a “statistically” significant finding. The bar for this significance is set very low too – at 5% probability of being due to chance. In other words these findings immediately have a one in 20 chance of not being valid.

But here is the real point.

Correlation does not mean causation. The sheer fact that two things may occur at the same time or that they may be found in the same person does NOT mean that one causes the other. To establish cause one needs a mechanism that can be demonstrated on multiple occasions in both the lab and the real world.

All these studies lack this. If a separate group of people were studied it is likely that an opposite result would be found. This is the case in dementia where previously it was found that being over weight was a risk factor.

This is critical. Very often you will see news stories in health talking about links or associations. This means the study has found a statistical correlation. This is absolutely meaningless unless a causal mechanism exists.

It is possible to draw statistical correlation between certain illnesses and being born under a particular star sign. This has actually been done – to prove the point. You could find links between diabetes and which is your favourite TV program. You could find association between cancer and the color of the car you drive.

All would have absolutely no meaning.

As for the coffee studies? Well it joins all the other foods where there are an equal number of studies showing an increased and decreased risk of cancer.

These observational studies are of little value. It raises the question as to why they get done and who pays for them? Anyone with ideas is invited to put them in the comments box.

We already know that 80% of chronic illness is a function of lack of exercise, a diet high in processed and sugary foods, stress, excess alcohol and smoking. We don’t need more research to tell whether our height (which is not something we can change) has any effect, which of course it does not.

So stick with the basic eight pillars of health. You can safely ignore the latest health finding. It is almost certainly meaningless. And if by chance it has some meaning, then rather than disappearing by the next day, you will hear about it again sometime.