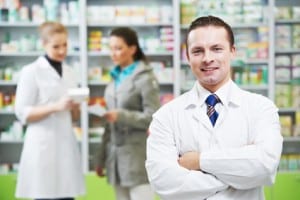 The role of the chemist has a recorded history from at least 6th Century BC, but its role, as we know it is a pretty new creation, from around the first third of the 19th Century. Once upon a time the chemist wasn’t the first place that came to mind when you wanted to purchase Britney Spears’ new perfume. But did you know there are many reasons to visit a chemist? Here’s some: