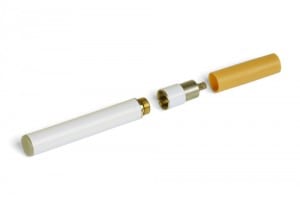 Recently one of my favourite movies of all times – The Blues Brothers was shown on the big screen again. It is fascinating to see the changes in society since 1980. Phone calls are made from a phone booth, as there are no mobiles. With no Internet they literally drive around searching for a gig.

Another sign of changed times is when Elwood asks whether the car he is driving is the new Blue’s mobile to which Jake answers –“fix the cigarette lighter”. He had previously lit a cigarette and thrown the lighter out the window.

Through the movie some characters smoke. According to current views about the impact of such depictions (remember the Carmen debacle) this means I should have left the cinema and immediately started a two pack a day habit. Miraculously I did not.

That smoking is not healthy is a given and quitting is a good idea. Smoking rates have declined sharply since the late 1950’s when over half the population smoked. Today in Australia under 15% of adults smoke with some estimates of as few as 5% of teenagers doing so.

How has this happened? You may be surprised at the answer.

A review of over 600 papers on stopping smoking showed that the most effective way to quit smoking is to simply throw away the pack. Around 70% of smokers quit unaided. Not always the first time but they get there. Since the 1960’s, 90% of those who have quit did so unaided.

The reviewers noted that; ”…paradoxically the tobacco control community treats this information as if it was somehow irresponsible or subversive”. They added, “…smoking cessation is becoming pathologised, a development that risks distortion of public awareness of how most smokers quit to the benefit of the pharmaceutical industry”.

It is fair to say that “cold turkey” does not make money for anyone. In particular there would be no government funding for running programs or promotions if people can quit without them. Yes, some people benefit from assistance, but most do not.

Some, stop smoking medications can have significant side effects. In the USA there is a class action over one of these due to its link to suicide.

You might think that any new way to help smokers would be welcome. Sadly you would be wrong. The Supreme Court has convicted a Perth man for selling E-cigarettes after the Health department prosecuted him under the Tobacco Products Control Act of 2014.

E-cigarettes are used for vaping. Liquid is placed into a closed cylinder allowing it to be “vaped”. There is virtually no passive smoke. E-cigarettes can contain nicotine but not all do.

Relatively cheap and side effect free, they can help smokers quit. It is critical to note that whilst cigarettes are carcinogenic, nicotine by itself is not. An independent scientific review commissioned by Public Health England, found E-cigarettes to be 95% less harmful than regular cigarettes (2).

This means that even if smokers simply switched to E-cigarettes they are 95% better off. Not surprisingly many who have quit using them are passionate about their use.

Researchers from University College London found that; “E-cigarettes appear to be helping a significant number of smokers to stop who would not have done otherwise – not as many as some e-cigarette enthusiasts claim, but a substantial number”.

Yet in WA you can legally buy cigarettes but not something that is 95% less harmful at worst and may help you quit entirely at best.

Why is the public health lobby so against them? One argument is that they lead people into smoking. The UCL team found “Regular use of e-cigarettes by never smokers is extremely rare, and the decline in smoking prevalence in young people has been as great or greater than in previous years”.

Another is that tobacco manufacturers have moved into this space. It should not be a surprise that an industry with a product in terminal sales decline would look for new products to sell.

Some vaping supporters have expressed a more cynical view. That is because e-cigarette use, is self-initiated (like cold turkey) it threatens the whole stop smoking industry, which hence wants it banned.

Maybe the name E-cigarette is the problem – being too close to cigarette.

You will need to form your own opinions on the reasons why those who want people to quit continue to oppose what is shaping as the most useful aid for those who do want or need help.

And while the health department congratulates itself, people can buy them online anyway, just not locally. Banning sales does not actually mean they can’t be obtained.

John Belushi who played Jake in The Blues Brothers died (way too young) from an overdose of cocaine. It wasn’t the cigarettes that got him.

If you don’t want cigarettes to get you, the solution is surprisingly simple.

Throwing away the packet has been conclusively shown to be the best way to quit smoking. And to paraphrase Barrack Obama – “Yes you can”

But banning e-cigarettes seeks to deprive smokers of a useful option, which is safer, and as or more effective than some existing stop smoking aids.

This makes no sense but till there is enough outcry, smokers wanting help may need to continue to get their lighters fixed.