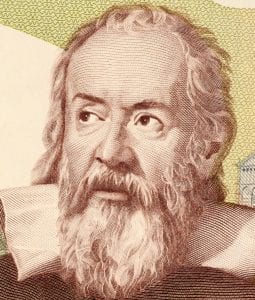 There was a time when we believed the earth was the centre of the universe. To be honest, it was not unreasonable for people in the dark ages to accept this. The technology of the time was limited. When Galileo Galilei proposed that the earth revolved around the sun (heliocentrism), he was investigated by the Roman Inquisition, which concluded that heliocentrism was “foolish and absurd in philosophy, and formally heretical since it contradicted in many places the sense of Holy Scripture”.

He was tried, found “vehemently suspect of heresy” forced to recant and spent the rest of his life under house arrest. Of course, he was right and centuries later was pardoned by the church.

Fast-forward to today’s more secular world where of course reason and evidence trumps ideology. This would mean that new findings which challenge the current world view are considered and when shown to be correct, acted on. Surely those who discover truth would not be treated as heretics?

Surely those in medicine are followers of science and thus ever questioning of their current beliefs.

Sadly, this is not necessarily the case. Whilst we no longer burn heretics at the stake or try them for heresy, vested interests use government tribunals for the same reason – to silence dissent.

It has been apparent for well over a decade that advice to eat a low-fat diet is based on dodgy science. The evidence that since the introduction of low fat diets, obesity and type two diabetes have increased is dismissed. That review papers found no evidence to introduce low fat dietary guidelines is ignored.

Each year the proof that the “fat is bad’ manta is wrong has gotten stronger. Along the way proponents like Gary Fettke, Maryanne Demasi and Pete Evans have been treated like modern day heretics.

With the release of the PURE study, it is now case closed. This massive prospective trial of over 135,000 people in 18 countries has shown that there is no association between fats in the diet and any adverse health outcome. It found that a low fat (high carb) diet was associated with higher rates of illness and mortality. The proverbial cherry on the cake is that there is no basis for current fruit and vegetable intake recommendations (think five and two) either.

Here is the conclusion as published in The Lancet “High carbohydrate intake was associated with higher risk of total mortality, whereas total fat and individual types of fat were related to lower total mortality. Total fat and types of fat were not associated with cardiovascular disease, myocardial infarction, or cardiovascular disease mortality, whereas saturated fat had an inverse association with stroke. Global dietary guidelines should be reconsidered in light of these findings”.

It is saying that current dietary advice is wrong and calling for changes. The response from assorted health groups worldwide has varied from silence to attempts to dismiss the findings. In a text book example of the pot calling the kettle black, dieticians and others complained that the study was observational. It was, making it the same as every other nutritional study including Ancel Keyes’ seven nation study which set us down the cholesterol and saturated fat phobia path.

The reason why public health, (most) dieticians and health departments will not accept they are wrong is something we can speculate on. It could be egos. It might be reputation. Some suggest that dollars are a factor. You can form your own view.

Here is the bottom line. A low-fat diet (high in refined carbohydrates, such as grains) is NOT a healthy diet. Fats in the diet are not a problem.

This is not difficult. It is not new. Until self-appointed experts pushed us down the wrong path we were doing fine. The low-fat diet will come to be seen as the worst fad diet in human history. For now, the vested interests continue to resist and seek to strike at heretics. 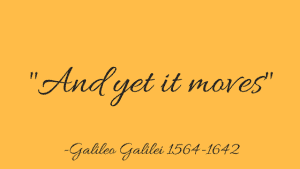 Truth will always win out, Galileo was convicted in 1633 and officially pardoned over 350 years later. How long will it take for apologies to those who have been persecuted for being right about fats in the diet? My prediction is less than a decade.

Continue to watch this space. The low-fat empire is crumbling.