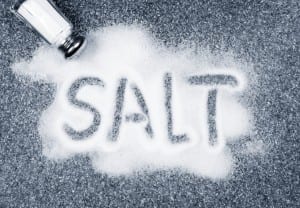 The human body is remarkably good at regulating itself. Everything from body temperature to heart rate to blood levels of dozens of minerals are all kept in a range that the body needs. For everything there is a sweet spot. Too much or too little is a problem.

Temperature regulation is a good example. If we get a fever then body will seek to bring the temperature back down to the normal level, not lower than normal. In fact a low temperature is as dangerous than a high one.

So it would make sense then for this principal to be applied to most areas of our health.

And you would hope that various health authorities would recognise this fundamental principal of the human body.

Sadly (as you might suspect) you would be wrong. The mantra of health departments and public health people is generally if a bit too much of something is “bad” then less must be good and even less better. We have seen this over recent decades with the relentless lowering of threshold for cholesterol, sugar and blood pressure to name but three.

This has also been applied with dietary advice. If a bit too  much  is “bad” then once again less is better and even less must be great.

Not surprisingly this approach is wrong! This has already been evidenced in the push to lower cholesterol with higher does of statin medication which has not resulted in benefit to anyone who does not have heart disease. It was also applied to fats in the diet with the end result of people eating more sugar and getting heavier. An “own goal” if ever there was one by our friends in authority.

It has now emerged that relentlessly lowering salt intake is also not helping anybody. Most people consume about 3.4gm of sodium (salt) per day. The “safe” zone is regarded as being between three and six grams. Yet the WHO recommends two grams and the American Heart Association says 1.5gm. These low levels are because it is thought that it reduces high blood pressure.

Lets be very clear about this. Too much salt is not good for you but too little salt is worse.

This is another example of the follies of public health advice which ignores the nature of the human body and which confuses proxy outcomes (like blood pressure) with real outcomes like longevity. When we think about how the body regulates itself, it makes imminent sense that too little is not the answer to too much. Look for the sweet spot.

The reverse also applies. The body needs vitamins and minerals, but it does not follow that mega doses are better.

Much like Goldilocks found the just right porridge better than one, which was too hot or too cold, the human body needs the right amount of all the essentials in our diet. This includes sugars, fats and salt.

There is an old adage about moderation in all things. This message has yet to be grasped by health authorities. It is long over due time that it was.

Bottom line is that if you would like the salt passed to you , it is OK, in moderation. 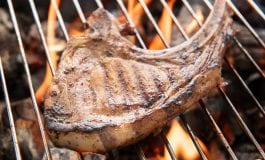