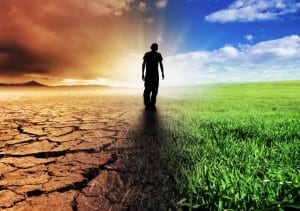 The United Nations has conducted a global survey on deaths by suicide and found that each year it accounted for 800,000 deaths. Whilst the highest rates were in people over 70 it was also the second leading cause of death in those aged 15 to 29 globally. Men outnumbered women by three to one in developed countries.

The WHO’s director general Margaret Chan was quoted on Reuters saying this was a “call for action to address a large public health problem which has been shrouded in taboo for too long”.

The call generally is for “more awareness”, “early intervention” and of course more spending on hospital beds. It is worth noting that diagnosis of depression has increased greatly over the last two decades. Between 1988 and 2011 there was a 400% increase in prescriptions for antidepressants in the USA. In Australia the rates of prescribing have doubled between 200 and 2011.

So if awareness and treatment with pharmaceuticals were the answer we would expect there to have been a commensurate decline in suicides in these countries. There has not been.

The biggest problem we have in medicine today is the view that if want we are doing is not working then somehow more of the same is the answer. There is an absolute reluctance to fundamentally question how we go about things.

In the same week that the UN released its report, there were four findings, which seriously question our approach to depression, suicide and mental health in general.

A study on 2429 adult suicide cases showed that the more psychiatric acre a person got the more likely they were to commit suicide. To be fair it could be argued that those seeking psychiatric care are already more likely to do so. But this Danish research actually raised the question that involvement with mental health services might increase the risk.

An accompanying editorial by two Australian Psychiatrists went further and suggested that psychiatric care was to an extent responsible for suicide.

Another review showed that use of the selective serotonin reuptake inhibitors (SSRI’s) antidepressants was no more effective than placebo. It is important to note that this finding came about when both published and unpublished data was analyzed. Data showing a positive effect from drugs tend to be published whereas negative ones do not. This is not the first time such findings have emerged. Yet the powers that be in mental health refuse to acknowledge it.

The third study may provide part of the answer. There is no documented evidence that low serotonin causes depression. Whilst the notion of boosting serotonin levels drives the marketing of SSRI’s and has been successful in generating billions in sales for the manufacturers the stark truth is that there is no actual science behind the theory. The growing evidence that these drugs work only as placebo adds to this.

It is critical to add here that when people take SSRI medication their mood often improves. However it is because they are taking a tablet NOT because of what the tablet does. In other words, mind over matter.

And lastly it has been shown that people with depression, with exceptions, do better if they continue to work rather than be off sick.

In my opinion, the reason we are making little impact on mental health problems is that we have medicalized them. Most (not all) people feel stressed or down or even suicidal due to what is happening to them or around them. It may be work, relationships, finances family or other stressors. But the problems are life related not medical. Hence a medical solution is unlikely to solve anything – and although medications may soothe symptoms it does not solve the problem.

If we are to make progress with depression, suicide rates or mental health in general we have to get away from the biomedical model which reduces everything to brain biochemistry. This approach has not and will not work in isolation.

We need to use a biopsychosocial model, which looks at mental health in the context of a person and their life and surroundings.

The solutions will come from recognizing and addressing that.