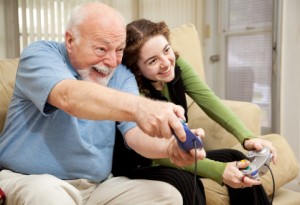 Last weekend the family decided to get take a ways from a new Singaporean restaurant we had heard good reports about. After making menu selections I rang up to place the order. As it turned out I dialed the wrong number. The kids had a laugh; I apologised to the lady who answered the phone for dialing her number by mistake and then, second time round got the right number.

This is a simple enough error of no significance. Unless it is part of a screening program for dementia in which any lapse in memory or concentration is a warning sign of dark days ahead.

There is no question that losing our memories and the ability to care for ourselves is the biggest fear people have about aging. And this fear is reinforced by constant talk of crises, lack of funding and the need for screening and “early intervention”.

So lets inject some facts into the hype.

Rates of Alzheimer’s disease are actually going DOWN. Yes, that is right. they are going down in terms of the percentage of the population affected. A review published in the Lancet showed the percentage of people over the age of 65 who had dementia in the UK had dropped from 8.3% to 6.3% over the previous 20 years. This is a 25% drop!

A Danish study compared results of cognitive (thinking) tests on people in their 90’s done in 1998 and 2010. Obviously it was a different group of people but the ages were the same. What they found was that the 2010 group did significantly better on the same tests. The percentage of people found to have significant cognitive impairment had fallen from 22% to 17%. The number who scored at the highest level doubled to 25%.

Of course this type of information does not make the front page. Nor do advocacy groups promote it. It goes against the narrative of a crisis.

What was most interesting was that the results outlined above, confirmed what many experts in aging had suspected – but were not prepared to say. That is that the overall health of people is improving. Those born a decade later had overall better health. This trend would be continuing. It is also evidenced by the fact that life expectancy continues to steadily increase.

These facts are particularly important given the ongoing push for “screening” and so called “early intervention”. The push for dementia screening will do far more harm than good by falsely labeling people as having a problem they do not have. This does not even take into account the needless anxiety caused.

And there is NO useful screening test. An occasional lapse of memory is not a pointer to dementia even though people with dementia have memory loss. It has been shown that age related memory lapse is completely different to Alzheimer’s disease and dementia.

But even if we ignore all this, and assume that finding early signs of dementia were possible, there is nothing that can be done. There are no drugs, which work. At the very best they may slow the progression by a few months.

So with no reliable test, and with nothing that can be done anyway, why is there a push for screening? The answer is simple-dollars. There is big money to be made in promoting screening to governments that have no clue but want to be seen to be doing something. And advocacy groups have this saintly air about them and disguise their desire for empire building as being about the public good. They will usually wheel out sufferers or carers to pull at the heartstrings and purse strings.

Meanwhile very little is ever said about ways to keep your brain active and healthy. Simple things like regular exercise, getting enough vitamin D, and doing things, which stimulate the brain. Staying longer in the workforce has been shown to help maintain memory and brain power. Doing volunteer work or taking up new courses or pastimes have a similar effect.

And on the quirky side, playing video games has been found to enhance cognitive function in people over 65. So this is something you can now do with your teenage grandchildren (or children if you started later in life)

So what are the key messages? Firstly there is no crisis as rates of dementia are decreasing. Secondly there is NO case whatsoever to be made for expensive, pointless screening as there is no useful test and nothing can come of it even if there was.

Thirdly there are simple everyday things you can do to keep your brain active and minimize the chances of getting dementia.

And most important of all, if you dial the wrong number, forget where you left the keys or wonder why you went into a room, it is just a normal part of life and is NOT a pointer to anything.