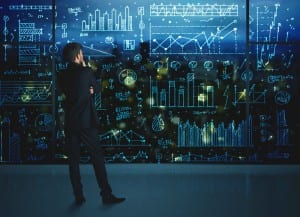 There is no shortage of media stories about what is the latest food or activity linked to some disease. By next week the story can be the complete opposite. This is because a link does not establish cause and effect. Yet this lack of cause and effect unfortunately does not always stop those who arguably should know better (i.e. doctors and other health professionals) from sprouting off.

Recently I posted something on Facebook that received a lot of likes. It looked at rates of heart attacks in different countries and how it related to their habits. It noted that the Japanese ate little fat whilst the French ate a lot and both had fewer heart attacks that the British and Americans. There were a series of other comparisons.

No matter how it was sliced or diced, there were more heart attacks in English speaking countries. The conclusion was “eat and drink what you like. Speaking English is apparently what kills you”.

Whilst we can all have a laugh at this, there is a serious point. As mentioned at the top, not a week goes by without some sort of food scare. Last year it was bacon and then vegetable oils. The latter, which we have been told, are good for us, also cause cancer.

Some 43 out of 50 ingredients selected at random for a cookbook were found to have an equal number of studies showing an increased and decreased risk of cancer.

We can laugh at the link between speaking English and heart disease. Yet there are truckloads of studies, which claim a “link” between something we eat or do and cancer or heart disease or some other illness. Statisticians have shown “links” between the star sign you were born under and certain conditions.

Statistical correlation does not equal causation.

The other statistical quirk is relative risk. Reducing the risk of some event from 0.5% to 0.25% will be promoted as “halving the risk”. In real terms it is reduced by 0.25% but this does not sound as impressive. Thus relative risk is used to promote pharmaceuticals and other medical interventions. Drugs for osteoporosis were sold on the basis of halving the risk of a fracture – from 2% to 1%.

This is a very important point. Many claims are made about ways to halve the rates of heart attacks or some form of cancer. This halving, in reality is often a real reduction of point something of a percent.

Worse still is the tendency to equate risk factors with actual disease. “Treating” a risk factor does not make anyone any healthier. It may, but there is no certainty, that it will reduce the possibility of some event at some future point in time. This is compounded by the fact that we don’t even necessarily know what the risk factors are. The unraveling of the fat is bad story demonstrates this. We have been told that being on a low fat diet reduces the risk of heart disease – it does not.

So what do we do? It is best to ignore any talk of medical breakthroughs and to ignore any study, which claims to “link” something with illness. Be highly suspicious of claims that something halves the risk of a disease and know that risk factors are not the same as illnesses.

Rest assured that by next week the latest breakthrough will be forgotten and what caused cancer will now reduce it.