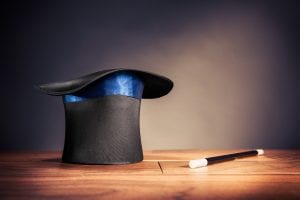 It is remarkable that anyone on earth is still alive. The eleventh version of InternationalStatistical Classification of Diseases and Related Health Problems (ICD 11) is due to come into effect on January 1 2022. The ICD 10 was adopted in 1990. A pre-release  of the new version has been released to allow “ Member States to prepare for implementation, including translating ICD into their national languages”.

The ICD 10 had about 10,000 different classifications. The ICD 11 has 55,000. In simplest terms there are now over five times as many ways to have a disease than in 1990.  Disease mongering would appear to be out of control in big public health.

One of the more egregious examples is the listing of “Gaming disorder” which is  “recurrent video game playing that leads to “impaired control over gaming” and an “increasing priority given to gaming to the extent that gaming takes precedence over other life interests and daily activities,” despite “the occurrence of negative consequences.”

Even the American Psychiatric Association which publishes the DSM V rejected adding gaming as a disorder saying there is not “sufficient evidence” to consider gaming addiction as a “unique mental disorder.”  Remember that each version of the DSM has added many new mental health issues that people can be diagnosed with.

Disease mongering would appear to be getting out of control. Whilst we could simply laugh at the stupidity of big public health, there is actually a very serious side to this. People suffer genuine harm when they are diagnosed with a condition they do not have. This can lead to needless medical tests, most of which carry their own potential harms and off course to unnecessary “treatment”.

When there is no condition to be treated, the risks of harm from treatment cannot be justified, as there is no benefit.

Fortunately, there are calls to reverse this trend of expanding the public health industrial complex. In a paper published in the BMJ Ray Moyhinan et. al. called for a reform of disease definitions.  “Expanding disease definitions are causing more and more previously healthy people to be labelled as diseased, contributing to the problem of overdiagnosis and related overtreatment. Often the specialist guideline panels which expand definitions have close ties to industry and do not investigate the harms of defining more people as sick”.

This neatly defines the problem. I would add that government grant funding and academic groupthink is as big an issue as industry. The paper calls for a separation of “risk factors” from disease. For example, having high cholesterol is not a disease. Nobody will ever die of high cholesterol. It contributes (in a small way) to the risk of heart disease. It also calls for primary care physicians without grant funding conflicts of interest to be more involved in definition setting as they see what goes on outside ivory towers.

The paper states “New processes will involve using explicit guidance to assess potential benefits and harms when modifying disease definitions, with a focus on people-centred outcomes, and new panels may be primary-care led, multidisciplinary, with representation from civil society and independent from financial ties to industry”.

Again, I would add, also free from ties to big public health which benefits significantly from government money to promote disease awareness.

At a time when life expectancy has never been longer and overall people are enjoying the best health ever in human history, it seems incongruous that there have never been more diseases that we can be diagnosed with.

That most of these diseases have no known cause or cure and are often a function of “consensus” meetings rather than scientific inquiry makes it even worse.

As a community we need to actively resist the march of the big public health industrial complex.