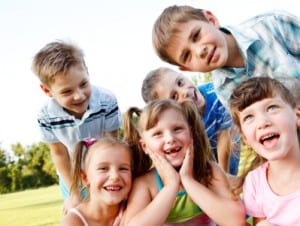 Once in a while one comes across something, which really captures the essence of an issue in one simple line. So it was with the ADHD debate this week. An article on Bloomberg news was discussing the difficulty that drug companies had in “cracking” the European market. The big hurdle for companies wanting to get sales for ADHD drugs was convincing people that the condition exists!

Mary Barker, president of the Brussels based European Brain Council told Bloomberg” Parents are loathed to get their child labeled. Children are easy or difficult, that’s the diagnosis in society”.

At the risk of being repetitive it is worth repeating this simple concept which is at the heart of the whole ADHD controversy – some children are easy to manage and some are not. To then assume that just because they are badly behaved or just plain stroppy means they have an illness which in turn needs a drug to “treat” it is plain wrong.

Lest digress for a moment though. If you are cut on the arm then you have a laceration. It does not matter whether this is in the USA, Europe, Australia or anywhere else. A cut is a cut is a cut. There is no argument.

Yet when it comes to behavioral “conditions” where you live has a big influence on diagnosis. That is because these diagnoses are totally subjective and are framed by cultural attitudes.  The book “Crazy like US” by Ethan Watters looks at the exporting of mental health notions by the USA. Even conditions like anorexia nervosa and schizophrenia have different manifestations in different cultures.

This book was an eye opener, as you would think that an illness is an illness regardless of geography.

As reported on Bloomberg, “increasing the diagnosis would be lucrative” for companies making ADHD drugs. One such company Shire sold $1.8 billion worth of ADHD drugs in 2012. The company wants to push into Europe. Currently some 66% of all worldwide sales of ADHD drugs are in the US so clearly other countries represent growth opportunities.

But before gaining sales the company must first “ face the uphill battle of getting the disorder acknowledged and then diagnosed”. This is often the first stage of marketing medications in new markets, marketing the “condition”. This is essentially about convincing people who have no medical problem that they do indeed have one and that a pill is the answer to their problem.

Something that boosts getting people to recognize problems they do not have is mass screening programs. I have written previously about the dangers mental health screening of three year olds in Australia. It has now been confirmed that the screen is a poor predictor of health and academic outcomes in older children.

In other words it is a waste of time and resource. Worse though it leads to over diagnosis of conditions which the children do not have. In the US some estimates are that one in five children have a “recognized mental health disorder”. Clearly the uphill battle to convince people their children have a problem is succeeding in the US.

All this would be bad enough if there were not a nasty sting in the tail. In the same week as we have this push to wrongly label even more children with ADHD comes another warning about the dangers of the drugs used. Strattera has been associated with 28 reports of suicidal ideation, two suicide attempts and one   suicide all in children under the age of 18.

This risk has been documented before. The new TGA advice is to “seriously weigh up the risks of suicidality against the benefits”.

When we are treating a “condition” which is also known as a child being difficult, the benefits must necessarily be small compared to the risks of child suicide.

There is a growing awareness of the problems of disease mongering and the medicalization of life. When it leads to the death of a child the stakes have just gotten much higher.