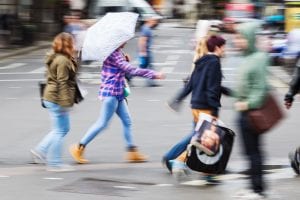 If you make the same prediction often enough in a recurring event, there is a likelihood that one time you will be right. This is not a reflection on cleverness. Each year we get a prediction that the upcoming flu season will be terrible, possibly the worst ever. Most years are much like the one before albeit some years there are more cases than others.

This winter in Australia there have actually been a higher number of cases than usual. The other prediction made every year is that this year there will be a killer flu. Each year there are 2200-2500 deaths associated with flu in Australia. Some 98% of these are due to secondary pneumonia in those over the age of 85. This year reports suggest that this number may be higher than average.

None of this is pleasant but the reality is that averages are derived from numbers above and below that average. In other words, in 50% of winters there will be an above average number of cases as otherwise the average would not exist as such.

But the flu makes good headlines and leads certain elements to demand “something be done”.

This brings us to old chestnut of the flu vaccine. Some have called for the government to pay for everyone to have it. This assumes the problem is not enough people are having the flu shot. The reality is different.

The Australian reports “Australia’s chief medical officer says there has been a significantly higher number of flu cases than normal in people who have been vaccinated.

Professor Brendan Murphy said this season’s vaccine, selected by the World Health Organisation, gave “moderate to good” coverage of the viruses, but it had not been as effective as previous years. The reasons for that are still unclear”.

Moderate to good coverage means a 50% strike rate. At best a flu shot reduces the chances of getting influenza by 50%. But when one adds to this that the there is a 70% likelihood of any given individual mounting an immune response to the vaccine (according to the product information) this reduces to 35%. When you then consider that roughly one in six cases of “flu” are due to influenza the number goes down to 6%.

There have been calls for mandatory flu vaccination in all aged care workers. Yet those in aged care facilities are the most likely to have received a flu vaccine. If it is not providing protection, administering it to more people will not change that.

The independent Cochrane collaboration looked at 90 studies (around one third were industry funded) on the flu vaccine. It concluded that between 40 and 71 people need to be vaccinated to prevent one case. This means an individual reduces the chances of influenza by between 1.4 and 2.5% In addition, the vaccine had no effect on work days lost or hospitalization.

The problem is not that not enough people get the shot. The problem is that it does not do as much as it is believed to. It is a credit to the Chief Medical Officer that for the first time, someone in public health has admitted the truth.

There are also calls each year for the government to provide the anti-viral drug  oseltamivir. Yet there is no evidence that this reduces secondary pneumonia or hospitalization. The story behind this drug is worth reading.

So yes, this has been a worse than average flu season in Australia. The numbers are significantly up on 2016 and more modestly up on 2015. The map shows an increase in some states and decrease in others. Looking at the longer trend it is probable that next year will be lower for no reason other than numbers go up and down.

It is neither right or wrong to have a flu shot. What is wrong is promoting the notion that getting one means you will not get influenza. It reduces your chances by anywhere between 1.4% and 35%.

In the cold of winter, what we need is cold hard facts not heart-warming hype.