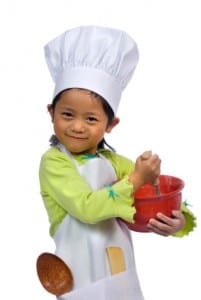 One of the biggest reasons the “health” budgets are blowing out is because over the last 25 years as a society we have chosen to eat too much processed food. This has been seen as convenient and there has been a view that cooking is either too hard, too time consuming or too expensive.

Of course none of these apply but that doesn’t mean that the idea has not gained traction. Much packaged food has bulking agents and emulsifiers to give them more “mouth feel” but they have far less nutritional value than old fashioned meat and three vegetables.

Indeed it is funny how the claim of these foods being cheaper has become accepted. If you filled up your car with petrol (gasoline), which only got your car half as far, you would hardly see that as cheap. Yet this is exactly what happens when we put “manufactured” food into our bodies. The “mileage” we get from it is in fact less than half what we get from real food.

So how can this trend of reliance on boxed food be reversed? We have just had the final of Junior Masterchef in Australia and I must say that watching these kids cook is a great sight. This show (and the adult version) is getting children interested in food and cooking. Some of the dishes these children are making are incredible. There is no need to do restaurant type meals at home but just getting some real ingredients and cooking them is one of the best things you can do for your health.

As I havewritten previously getting children cooking and interested in real food is one of the best ways of tackling childhood obesity.

By getting your children involved and having them cook, their health and yours will benefit. Cooking is something that also helps bring families together and there is plenty of research to show that a family which eats regularly together will have better eating habits.

The other remarkable aspect of the show has been the camaraderie of the contestants.  Yes, they would all have liked to win but they see that as a bonus. They are actually enjoying the journey and the opportunity to learn from famous chefs (as well as be on TV).

Some people have criticized the show for potentially “traumatizing” the children who do not win. What rubbish. Children actually cope better than adults in these situations because winning is not everything.

The eliminations are not like being fired by Donald Trump on The Apprentice after an argument about who was the weakest player. It is simply that on that occasion one dish was better than another. Children can cope with this. Indeed it is one of life’s lessons that we will not be first at everything we do but that we can take pride in doing our best. Children are also better at enjoying the “success” of their friends than adults.

If anything it is adults who can learn from the gracious and appropriate behaviour of the children (and the judges).

Some in officialdom, who cannot accept that some good can come out of a TV show, criticize junior Masterchef. In this show I see hope that the next generation can go “back to the future” and embrace real food and cook it with skill and with joy. I also see lessons for many adults in how to compete in a genuine good natured spirit and take pride in their efforts regardless of winning or not.