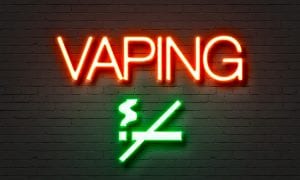 Binary thinking has a role in areas like engineering where unless a bridge or building is a certain strength it may fall down. However human biology is not quite as amenable to this approach. Notwithstanding that we are all similar, no two people (even identical twins) are exactly the same.

In seeking to treat or help people in medicine we need a variety of options. No antidepressant or antihypertensive works for everyone. Different approaches are required and we must tailor what is best to the individual. The more options we have the greater the number we can help.

With illicit drug use we find there are a range of strategies to either get people off the drug or to reduce the harm from it. Methadone programs do not get addicts off opiates but convert them to a safer form. Injecting rooms do not stop the injecting of drugs but reduce the chances of “dirty” needle use transmitting viruses such as HIV or Hepatitis C. These are all supported by public health and (some) governments.

The aim is to reduce the arm that the individual is exposed to not necessarily change the entire behaviour.

Smoking has been the biggest cause of more premature deaths in modern times. Since the 1960’s smoking rates have fallen in the developed world. Numerous strategies have been used to achieve this. Yet there is a group who either are not able to quit, or to the shock and horror of public health, actually get a buzz out of nicotine.

The question then arises, why should this group be denied a way to reduce harm?

The world is broadly divided into two camps – those that promote or at least allow harm reduction through vaping and those, which do not. For those of us who support harm reduction, the challenge is to have legalisation in more countries.

The quest will be a long one but we can prevail and there are approaches which work.

In Australia, the use of e-cigarettes (vaping) is banned or heavily restricted. The prevailing view in public health is the binary attitude of “quit our way or die”. A “precautionary” approach, (not all the evidence is in) is the argument against vaping.

Yes, E-cigarettes are not harmless but are estimated to be 95% less harmful than regular cigarettes. Let’s halve that and assume only 47.5% less harmful. How can that be a bad thing? This is a question that only certain elements of the tobacco control industry can answer.

So let’s ask a question that I can answer. How can the role of vaping and harm reduction get greater acceptance? Over the second half of 2017 and early 2018, we are starting to get some traction.

This has come about through old fashioned perseverance and being a stuck record. The message of harm reduction is not a complicated one so the more often it gets repeated the more people hear it and grasp the concept. Many in the media have started asking the obvious question – why is it harder in Australia to buy the less harmful product?

Consistent messaging in language the public and journalists can understand has led to greater interest. In turn, more media coverage actually leads to more media coverage. This has been assisted by an on the ground campaign with a caravan taking a month to drive through three states of Australia stopping in mainly regional centres. The Legalise Vaping campaign met with the public, local media and where possible local politicians. Events were promoted on social media as was coverage in local media. An “I vape and I smoke” campaign has run in two Federal by-elections.

Op-ed pieces have been submitted to various newspapers and supporters of vaping for harm reduction have been available for talk back radio.

Not surprisingly they write nasty pieces on sympathetic websites, but in the public domain have been caught flat footed. Even worse, they appear increasingly shrill and mean spirited when arguing that smokers be denied a way of reducing harm to their health.

The battle is not over and our opponents still have the ear of governments and health departments. Smokers are not seen as a voting block (yet) so politicians are not in a hurry to act. However, we have made a start and some are coming on board.

Over the last 12 months we have succeeded in getting media interest and now some media support. A combination of old and new media strategies and consistent messaging is getting through and getting traction.

Our ability to offer smokers something other than a binary approach is slowly increasing worldwide.