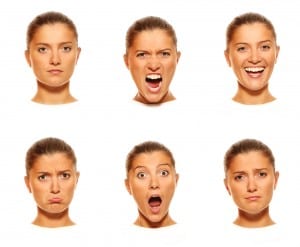 If you hit your thumb with a hammer it hurts and you may scream out. Sounds obvious enough. The reaction, to cry out or curse, is a normal response to what has happened. Nobody would think that this was due to some form of illness.

Someone who gets excited by winning a lottery or is happy after passing an exam is seen as responding in a normal way. However not everything that happens in life is positive or makes us happy. Some things make us sad; others cause us to feel anxious or stressed. These reactions are also normal but increasingly have been labeled as “mental health illness”.

David Healy an Irish psychiatrist collated some interesting statistics. Before 1988 one in 10,000 people per year was admitted to hospital for severe depression. Now it is estimated that around one in four people will have depression during their lifetime and at any one time, one in ten is affected.

One-way of looking at this is to say that the condition is better recognised. Another is that the definition has been widened so that anyone having a bad hair day can be diagnosed with depression.

What I am about to say will be controversial. “Human emotion is not a disease.”

Not everyone who has mental health symptoms has a mental health illness. Somewhere the differentiation has been lost so that everyone who feels “negative” emotions, regardless of how appropriate to the circumstances, can be classed as having an illness.

This creates a paradox. To quote the editors of PloS medicine (a medical research site) “On the one hand is over-treatment and over-medicalization of mental health issues, often fuelled by … the broadening of the boundaries of “illness” and wider diagnostic categories and thus markets for “selling sickness.”

Coinciding with this exists under-recognition of the suffering and breadth of mental health issues.

At times we hear media reports about prominent people experiencing symptoms of depression following fallouts with friends or partners. There is no doubt that this is stressful for all involved.

In this situation it would be normal to feel sad, down, tearful, and anxious. It would be normal to have difficulty sleeping and perhaps lose appetite or feel like comfort eating. This normal human emotion is not an illness. Those involved may well need help and support to deal with the emotions but not necessarily “treatment” in a medical sense.

There is a difference here too, which also has been lost.

In just one day in practice I can see a collection of problems, which cause stress, anxiety or depressive symptoms but do not have a medical cause or solution. Examples include relationship breakdowns, issues with ones children, financial problems, or work pressures.

The problems and symptoms are real. People may manifest symptoms of depression or anxiety without having an illness. Yet they often get drawn into the medical model because there is nowhere else to go.

We almost encourage people to see themselves as having a “mental health illness” rather than having life problems. This medicalizes life.

The effect of medicalizing life has been studied. Giving medical explanations for peoples emotions was designed to reduce “stigma”. This is a positive. However it made people pessimistic and that their condition is outside their control.

If we believe we have a “condition” where our “brain biochemistry” is disordered, there is less hope of recovery. And less we believe that we can actually do to help ourselves.

A pill can be seen as a remedy and whilst it may numb some of the symptoms it does not solve the problems.

This “temptation” to treat medically with a pill is compounded by the fact that governments subsidize pills but generally do not subsidize other forms of assistance such as life coaching. Counseling gets some limited subsidy.

Yet it has been shown that selective serotonin reuptake inhibitors (SSRI’s) antidepressants are no more effective than placebo in mild and moderate depression. It will surprise many to know that there is no documented scientific proof that low serotonin causes depression. The growing evidence that these drugs work no better than placebo adds to this.

It is critical to add here that when people take SSRI medication their mood often improves. However it is, in many cases, because they are taking a tablet NOT because of what the tablet does. In other words, mind over matter.

In my opinion, one reason we are making little impact on mental health problems is that we have medicalized them. Most (not all) people who feel stressed or down, do so due to what is happening to them or around them – problems which are life related not medical. Hence a medical solution (medications) may soothe symptoms but does not solve the problem.

If we are to make progress we have to get away from the biomedical model which reduces everything to brain biochemistry. This narrow approach has not and will not work. We need a biopsychosocial model, which looks at mental health in the context of a person and their life and surroundings.

The single biggest factor to improving mental health is developing resilience. That is the capacity to continue, despite difficulty. It is the capacity to move on in life from hurt or abuse. It is about resolving emotions without forgetting what happened. It is about recognising and accepting that life has its downs and that we may need help and support to address these. And that as humans our emotions will react to these in a normal way.